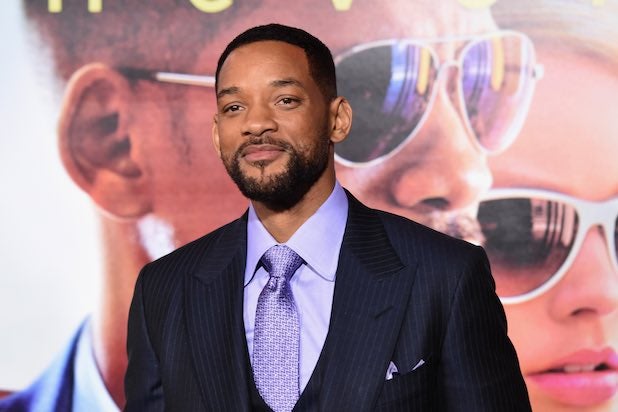 “Suicide Squad” star Will Smith made it clear in a new interview that he will not be voting for Donald Trump, and he is appalled by the GOP candidate’s treatment of women.

“For a man to be able to publicly refer to a woman as a fat pig, that makes me teary. And for people to applaud, that is absolutely f—ing insanity to me,” the actor told news.com/au while promoting his new movie, expected to be another massive blockbuster under his belt.

“My grandmother would have smacked my teeth out of my head if I had referred to a woman as a fat pig. And I cannot understand how people can clap for that. It’s absolutely collective insanity,” he added.

“If one of my sons, I am getting furious just thinking about it, if one of my sons said that in a public place, they couldn’t even live in my house anymore.”

“I think as much as we want to believe that love is the greatest human motivator, it’s not. Fear is. Fear is the most dangerous and powerful motivator because when a human being gets scared, fight or flight kicks in,” Smith said. “And there is this really separatist non-inclusive xenophobic, racist wave that is sweeping the globe that is making us pull apart farther than putting us together.”

Trump famously mocked the appearance of Rosie O’Donnell and has also gotten into conflicts with a variety of female reports, Arianna Huffington and Bette Midler.