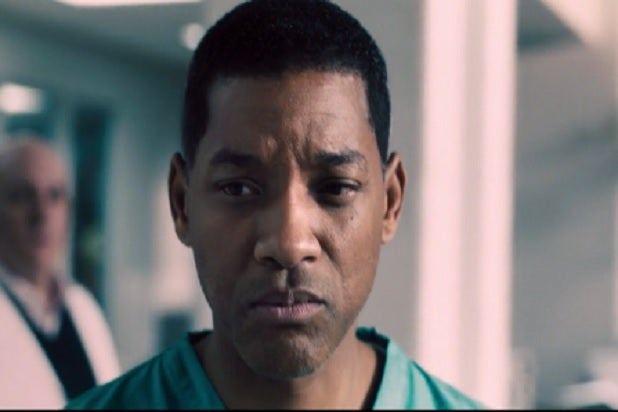 Sony Pictures released the first trailer for the upcoming Will Smith movie “Concussion” on Monday.

The film is based on the true story of Dr. Bennet Omalu (Smith), who was the first person to diagnose NFL players with CTE, a brain condition that comes as the result of repeated head trauma. His discovery puts him at odds with the NFL, which wants to keep Omalu’s research out of the public eye.

Also Read: Will Smith to Star Alongside Rooney Mara in 'Me and Earl' Director's 'Collateral Beauty'

“Concussion” opens in theaters on Dec. 25.

MMQB is up. @SI_PeterKing on all 32 teams and exclusive debut of @ConcussionMovie trailer: http://t.co/q0tc3HHgln https://t.co/HNJCF2OoDw