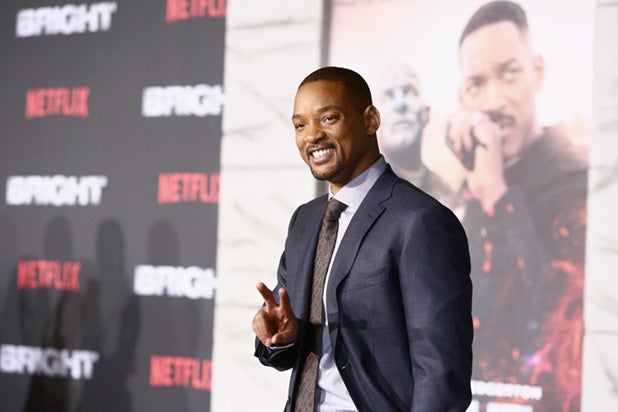 Will Smith and Warner Bros. might find themselves courtside over the studio’s upcoming film “King Richard,” following the life of tennis greats Venus and Serena Williams’ father Richard Williams.

“This case presents an unfortunate and tawdry situation: The cold and calculating misappropriation and interference with Plaintiff’s intellectual property,” the seven-claim complaint reads.

Also Read: Warner Bros in Talks for 'King Richard,' With Will Smith as Serena Williams' Father

TW3 Entertainment argues in the complaint that it purchased the motion picture rights to any film “based in whole or in part on Defendant [Richard] Williams’ life story or his book.”

Williams, in 2014, wrote a memoir on his life titled “Black and White: The Way I See It.” The book details Williams’ life as a black man in the south and the obstacles he had to overcome to raise his daughters and train them to become the tennis superstars they grew up to be.

“King Richard” will be directed by “Monsters and Men” filmmaker Reinaldo Marcus Green from a script written by Zach Baylin. Tim and Trevor White are producing through Star Thrower and James Lassiter is producing through Overlook Entertainment. Jada Pinkett Smith, Allan Mandelbaum and Caleb Pinkett are executive producers.

In the lawsuit, TW3 Entertainment says that in March 2019 Lesane, acting with Williams’ power of attorney, informed them that Star Thrower and Warner Bros. had entered into an agreement to produce a film based on Williams’ book, and that TW3 was free to “produce some other type of media (such as a mini-series) if Plaintiffs decided to do so. Plaintiffs were shocked and outraged.”

TW3 Entertainment says in the suit that it’s their belief that Warner Bros., Overbrook and Star Thrower paid at least $1 million for the rights to produce “King Richard,” and contend that they are entitled to “all sums paid by anyone to Defendants Lesane and Williams in connection with the Richard Williams Rights.”

“Plaintiffs reasonably expected to be compensated for such use of any of their ideas or materials, and Defendant Warner Bros. voluntarily accepted Plaintiffs’ offer and disclosures, knowing the conditions on which they were made, i.e., that any use of any of Plaintiff’s ideas or materials in any motion picture, television program, merchandising program, or otherwise, whether by Defendant Warner Bros. or any of its affiliates, carried with an obligation to, inter alia, compensate and credit Plaintiffs for such use,” the filing continued.