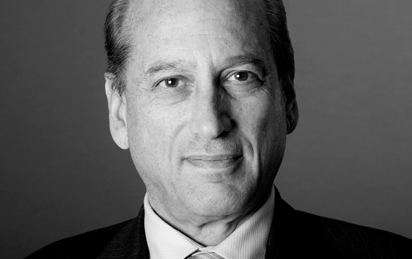 Mike Sitrick, called the Wizard of Spin for his deftness at crisis management for A-list clients, may have some spinning of his own to do.

In a lawsuit filed Monday in U.S. District Court in Los Angeles, Sitrick & Company is accused by a former employee, Richard Wool, of manipulating the value of its employee stock option plan.

By undervaluing the price of these shares, the complaint says that Sitrick — whose clients include Halle Berry, Ron Burkle, Chris Brown and Rush Limbaugh — was able to regain complete ownership of his company prior to the company’s sale last October to Resources Connection, potentially costing  shareholders millions of dollars.

Though Wool is the lead plaintiff, the suit is being filed on behalf of all of the plan’s participants.

News of the suit apparently took Sitrick by surprise. Neither he nor his firm had been contacted or served, according the company’s legal counsel.

"We don’t believe there is any basis to the lawsuit, if indeed one has been filed,” John A. Kober of Morgan Lewis & Bockius, Sitrick And Company’s legal counsel, said in a statement.

Sitrick & Company was acquired by Resources along with corporate turnaround firm Brincko Associates for an aggregate $43.3 million in cash and shares of restricted stock.

"I became involved purely as a matter of principal," Wool, who insists he is not a disgruntled employee, told TheWrap. 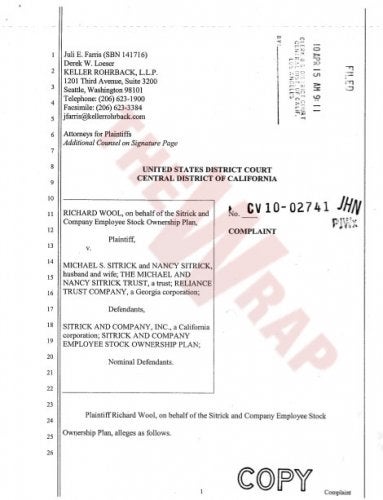 Wool had previously served as the head of Sitrick’s New York office from 2001 to 2004. He now owns the public relations firm RWC.

In addition to the firm, Sitrick, his wife Nancy, their family’s trust and the Georgia based financial firm Reliance Trust are also defendants in the suit.

Lawyers for Sitrick hit back at Wool’s accusations on Monday, specifically his claims that the shares had been artificially depressed.

"The ESOP’s trustee approved the termination at the price paid to participants," Kober said. "Mr. Sitrick had no role in the valuation that was set."

According to the complaint, employee-owned shares in Sitrick lost more than 90 percent of their value between 1999, when the company’s employee stock option plan was launched, and 2008, when the program was terminated.

Part of the reason that these class B shares supposedly fell to earth so dramatically was that the stock had not been revalued despite the fact that Sitrick had allegedly received multiple offers for as much as $60 million to purchase the company.

As evidence that the crisis management chief had purposefully kept the fund’s appraisers in the dark about possible mergers, the complaint cites remarks by Resources Connection Chief Operating Officer Tony Cherbak during a conference call announcing the merger saying that the two companies had been circling one another for over two years and that Sitrick had even received higher offers in the past.

Wool’s suit says his former boss deprived employees of millions of dollars by, in effect, cutting them out of the sale.

Sitrick disputes Wool’s claims that company stockholders lost money, stating that according to a preliminary review of Sitrick And Company records, Wool was 20 percent vested when he left the firm, but received 65 percent more than his account was worth when the plan was terminated four years later.

In addition to his work with high-profile clients,  Sitrick is the author of "Spin – How to Turn the Power of the Press to Your Advantage."

News of the action against his company first appeared on Deadline.com.