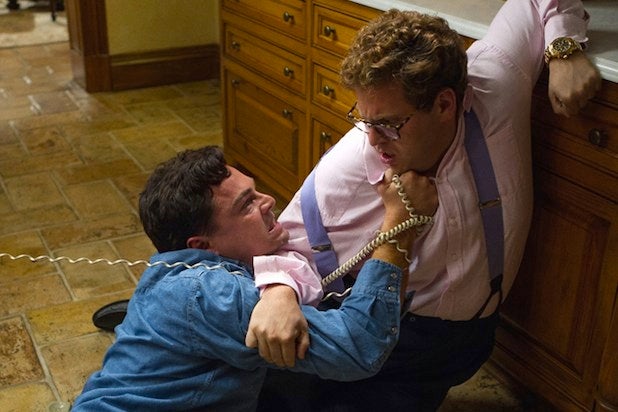 That raises the international total for “Wolf” to $85 million, not far behind its domestic haul of $98 million, giving it a worldwide total of $183 million.

Paramount is distributing the movie here, but its foreign rights are held by multiple distributors.

Universal is handling “Wolf” in eight European territories, and this weekend saw those markets bring in $16.6 million. It held the top spot in Germany ($5.7 million), the U.K. and Ireland ($5.5 million) and Spain ($3.2 million).

Elsewhere, “Frozen” took in $20.2 million from 53 markets to up its overseas total to $462 million and its global take to $810 million.
That pushes “Frozen” past “The Lion King’ and makes it Disney’s second-highest non-sequel animated release ever, behind only “Finding Nemo,” and the seventh-highest of all time.

Paramount’s “Jack Ryan: Shadow Recruit” brought in $14.3 million from 42 overseas regions this weekend to up its foreign total to $46.5 million and its worldwide haul to $77 million.

“I, Frankenstein” opened in 15 overseas markets and took in $13 million for several foreign distributors.