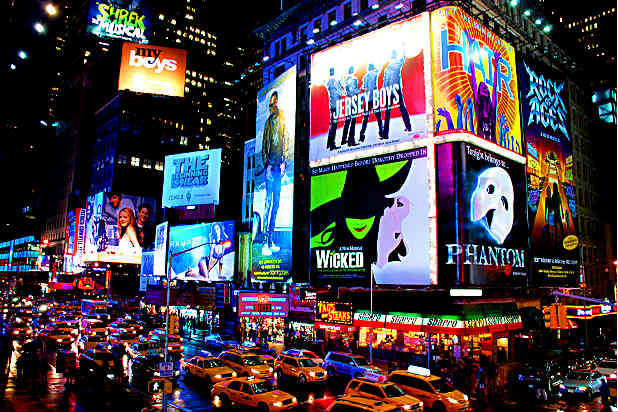 As it turns out, the Great White Way isn’t so great for females.

A new study compiled from Internet Broadway Database reveals troubling statistics for women when it comes to leadership roles on Broadway.

According to the study provided exclusively to TheWrap, of the productions that opened on Broadway during the 2012-2013 season, only 14 percent were directed by women.

The scenario for female writers is hardly better. Of the 28 plays that opened on Broadway in the 2012-2013 season, just three were written by women.

On the music front, just one of the 12 musicals that opened on Broadway was scored by a woman — Cyndi Lauper, who won the Tony award for best original score for “Kinky Boots.”

The gender breakdown is a stark contrast to the audiences for Broadway shows –according to data, women are directly responsible for 70 percent of New York theater ticket purchases.

Also read: Will the Woody Allen Scandal Torpedo ‘Bullets Over Broadway: The Musical’?

The organization Works by Women — conceived as a catalyst for supporting theatrical works directed, written and/or designed by women — hopes to improve those numbers with its new “Triumphant” campaign.

“Our goal is 50/50 by 2020 – the hundred year anniversary of American suffrage,” said the organization’s founder, Ludovica Villar-Hauser.