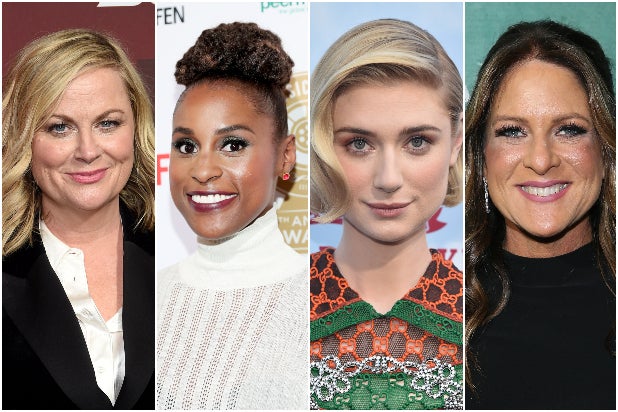 The awards reception will take place on June 12 at the Beverly Hilton in Beverly Hills and will be hosted by actress Xosha Roquemore. Formerly named the Crystal + Lucy Awards, the annual benefit supports WIF LA’s educational and philanthropic programs and its advocacy for gender parity for women throughout the industry.

“We set out to pivot the event to highlight community, advocacy, and entrepreneurship, and are thrilled by this year’s honorees, whose collective body of work truly embodies those values. These extraordinarily talented women demonstrate a lifelong commitment to innovation, entrepreneurship, and support for the next generation of rising talent,” the gala co-chairs Amy Baer, Esther Chang, Hannah Minghella and Talitha Watkins said in a statement.

This year’s Women In Film gala will also debut new awards honoring women whose entrepreneurial strides are creating opportunities for more women to succeed in careers in the screen industries. The Member’s Choice Award, which is also a new prize for 2019, will focus on female directors and highlight narrative features with a U.S. theatrical release in 2018.

All WIF LA members can cast their votes for eligible films, and the winner will be announced onstage at the Gala. Additionally, ReFrame, a collaborative initiative of WIF LA and Sundance Institute, will introduce the ReFrame Rise Directors Program at the event.

The Women In Film Annual Gala is presented by sponsor Max Mara for the 17th year. The event is designed and produced by Carleen Cappelletti of Anchor Street Collective.