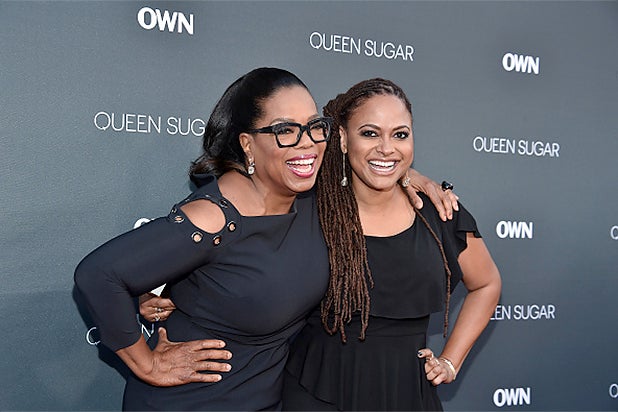 It’s a slow process, but the efforts of TV shows like “Queen Sugar” to put more women in front of and behind-the-camera is showing signs of impact, according to a new study.

The Center for the Study of Women in Television and Film at San Diego State University released its annual “Boxed In” study on Tuesday, and its findings show that on TV shows with at least one female creator or executive producer, 51 percent of major characters were women. By comparison, shows with exclusively male creators only gave 38 percent of major roles to women.

Overall, 42 percent of all TV speaking roles are held by women, up 3 percent from last year. Meanwhile, women made up 28 percent of all major TV production roles — creators, directors, writers, executive producers, producers, editors and directors of photography — an increase of two percent.

Also Read: 'Queen Sugar' Season 2 Has All Female Directors 'Because We Can,' Says Oprah

“While the gains are small, the widespread nature of the increases is striking,” said Executive Director Dr. Martha Lauzen. “The modest rise in the behind-the-scenes numbers suggests that the cable and streaming platforms are beginning to build a foundation for the portrayal of more female characters in the years to come.”

But not every TV category showed progress. On broadcast shows, women have 43 percent of speaking roles and 27 percent of behind-the-scenes roles, virtually the same percentage as in 2006-07. By comparison, women made up 32 percent of behind the scenes role on streaming programs.

“2016-17 may be remembered as the year that the streaming services overtook broadcasters on the issue of gender diversity,” Lauzen said.

At the Producers Guild of America’s Produced By conference in June, Ava DuVernay and Oprah Winfrey discussed their decision to bring in women to direct all the episodes of Season 2 of “Queen Sugar” and how the women who directed Season 1 saw their careers elevated.

“All of those women directors from Season 1, you can’t book them now,” said Winfrey, who is an executive producer on the show that airs on her network. “It elevated the conversation, so other people started talking about it, so it makes you think a little differently next time you’re going to hire.”

“Boxed In” analyzed 4,109 characters and 4,310 behind-the-scenes credits for this study.

The data was taken from dramas, comedies and reality programs appearing on basic and pay cable channels, broadcast networks and band streaming services in 2016-17.