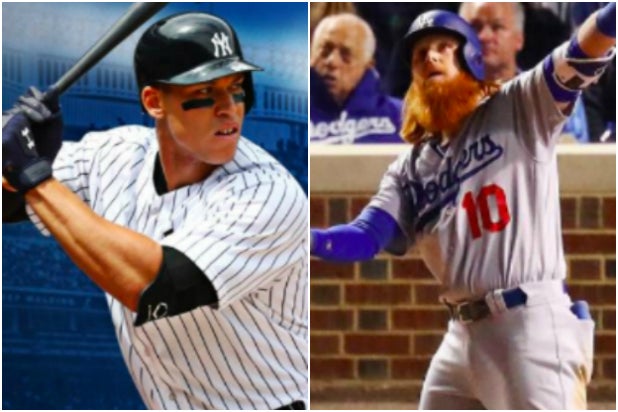 Major League Baseball and Fox Sports are two wins away from having a dream New York-Los Angeles World Series, something that hasn’t happened since 1981.

The New York Yankees can punch their ticket to the Fall Classic Friday night at 8 p.m. ET on FS1. The L.A. Dodgers have a chance to do the same tonight at 8:08 p.m. ET on TBS.

If those particular pennant wins come to fruition, host network Fox gets the No. 1 and No. 2 media markets in the country for its season-ending best-of-seven series. It doesn’t get much better than that. (Though technically it could be a 1 versus 1: the Yankees played the New York Mets in 2000 in a true Subway Series. There was some cannibalization of viewership back then, however, and it lacked a bicoastal/multi-timezone impact.)

Also Read: Vin Scully Recalls How He Almost Became a US Senator

It’s unlikely that the Chicago Cubs can overtake the Dodgers from their current 3-games-to-1 deficit, though that wouldn’t exactly be bad for the host TV network either. As a matter of fact, Yankees-Cubs is technically the best-case scenario here from a TV ratings perspective.

After all, the Cubs have a huge national appeal — especially in a bandwagon world. (The Boston Red Sox added a ton of fair-weather fans after ending their own ringless streak back in 2004; Chicago made the same gains last year.) Plus, a historical comeback — L.A. was up 3 games to none before dropping a nail-biter last night — and a chance for Chicago to defend its giant-drought-ending 2016 title wouldn’t hurt. Plus, guess where the Windy City sits in terms of TV markets? Yep, No. 3. Nothing wrong with 1 vs. 3.

Oh, right, and we have to point this out, too: casual Angeleno sports fans kinda only care about the Lakers and USC football. Sorry, but it’s true.

Also Read: NFL Ratings Are Down 7.5 Percent This Season (So Far)

A Yankees blowup would be worse news for Fox. Their current opponent, the Houston Astros, resides in the country’s eighth-largest market (4: Philly, 5: Dallas, 6: San Fran, 7: D.C.). To be fair, that’s still pretty good — but it sure ain’t No. 1.

Here’s what is working against the five boroughs fighting for their 28th championship. While the Bronx Bombers currently have a 3-games-to-2 lead in that series, the Astros have home field for the remainder. Thus far in this American League Championship Series, the visitors haven’t won a single contest. Quietly, lots of fingers are crossed over at Fox for that trend to buck this weekend.

Of course, the single most important factor for strong Nielsen ratings from a live-TV sporting event is competitiveness. In this case, if the 2017 World Series takes just four or five games, it will be forgotten. If the October/November-fest lasts seven, Fox will have some happy advertisers.

No matter who gets the special patches on their jerseys this year, Fox is set up for success. That’s good, because the broadcast network will need all the help it can get for year over year comparisons. Last year’s Cubs-Cleveland Indians World Series was one for Fox’s record books.

That deciding Game 7 ended up being the most-watched baseball game in 25 years, scoring a massive 40.045 million total viewers. In Nielsen household numbers, the number was a towering 21.8 rating/37 share. Those figures were up 70 percent (total viewers) and 58 percent (household rating) versus the previous World Series Game 7, which happened between a pair of smaller markets in 2014 (San Francisco Giants-Kansas City Royals).

The 1991 Game 7 (Atlanta Braves and Minnesota Twins) put up an incredible 50.3 million total viewers — and that’s still the most-watched baseball telecast in history. For now.

Regardless of which teams make it, the 2017 World Series starts Tuesday, October 24 on Fox.

Celebrities like Ken Jeong, Eva Longoria and George Lopez are rooting for #ThisTeam

Celebrity fans have turned out in spades to cheer on the Dodgers as they go up against the Houston Astros in the team's first World Series in 29 years.