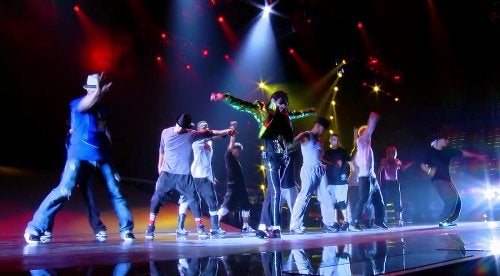 Sony achieved world domination with Michael Jackson’s "This Is It" over the weekend.

Rolling out worldwide at about 9,200 screens in 108 overseas territories, the concert film scored $68.5 million, far ahead of any competition and more than double its five-day domestic gross of $32.5 million in the U.S. and Canada.

"This Is It’s" $101 million global total from more than 15,000 playdates eclipses the record of $70.6 million set by last year’s "Hannah Montana/Miley Cyrus: Best of Both Worlds Concert Tour." However, of that total, only $5.4 million of "Hannah Montana’s" total came from the international box office.

Jackson’s posthumously released film is expected to have much longer legs overseas.

The concert film opened in 97 overseas markets on Wednesday, day-and-date with domestic; the remainder opened the following two days.