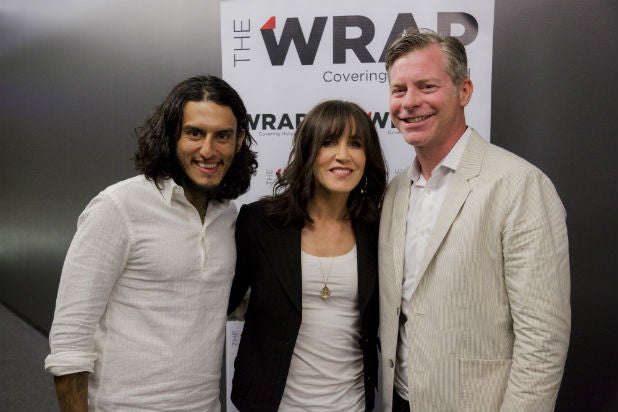 “American Crime” executive producer Michael McDonald revealed that season two of the Emmy-nominated ABC drama will focus on a male-on-male sexual assault involving the basketball team at a private high school in Indianapolis.

“It is actually a male sexual assault, which is something that has never really been tackled on television,” McDonald TheWrap’s awards editor Steve Pond during an Emmy Screening Q&A on Tuesday at the Landmark Theatres in Los Angeles. “There’s some stuff out there in the press, but in these hyper-masculine worlds this is more common than you think. So we’re tackling issues of sexual identity.”

Much of the cast from the first season will return for the second, but as different characters. The first season, which garnered 10 Emmy nominations, explored the ethnic and racial ramifications of a brutal home invasion that leaves one man dead and his wife clinging to life.

“We were talking about how television hadn’t really tackled race and race in America,” McDonald said at the panel, where he was joined by Emmy-nominated stars Felicity Huffman and Richard Cabral. “At the same time, Trayvon Martin was happening, and we were talking about what is it about these trials that everyone’s talking about.”

]Huffman, who played the mother of the home-invasion victim in the first season, recalled how executive producer John Ridley convinced her to take the part.

Fellow Emmy nominee Richard Cabral, a former gang member in real life who plays young criminal Hector, also spoke about the difficulties of playing a character with a background so similar to his own.

“The biggest thing for me and ‘American Crime’ and just stepping into this role of Hector was that I felt a huge responsibility being that I had come from this world and John gave me the opportunity to let the world know who this character was and being that it stemmed from a real place,” Cabral said.

Cabral touched on how he used real experiences from his past to make this character come to life. “I was incarcerated when my son was a baby, up until he was five years old,” he said. So that part where I have my daughter and she’s slipping, she’s slipping away from me, that was one of the most powerful moments I believe for my character because I had a goal there subconsciously, it had to come out again.”

“But I felt I had to go to these emotional dark places to explain who these people are and the reason why we become who we become,” he said.

All three also spoke about the serious tone set by Ridley on set and the toll it took on them. “[Ridley] does this thing. He calls it ‘experiential,'” McDonald said. “He makes it — there’s a little bit of documentarian style to this because he makes everyone live this and we all lived this together.”

“These guys lived these parts and they brought who they were,” he continued. “And when you see it, it’s sort of like watching a documentary where you’re seeing them bring to life these human beings. I think your souls are up there on the screen. It’s amazing. It was like watching a master class.”

McDonald also addressed an audience member who expressed a desire for some more happy endings being working into the show.

“There’s huge hope with Hector and with Barb,” he said. “Yes, she’s in ashes but when her son, who she’s not communicating with, puts her arm on her and she just puts her hand there, that’s the beginning of a whole new story of this woman who you had defined as racist who is going to have a woman of color as her daughter-in-law.”

But then he mentioned Timothy Hutton’s character, Barb’s ex-husband, who snaps in the final episode in a desperate and ultimately self-destructive act of revenge. “He is the only one who kind of got fucked,” McDonald said, drawing a big laugh.