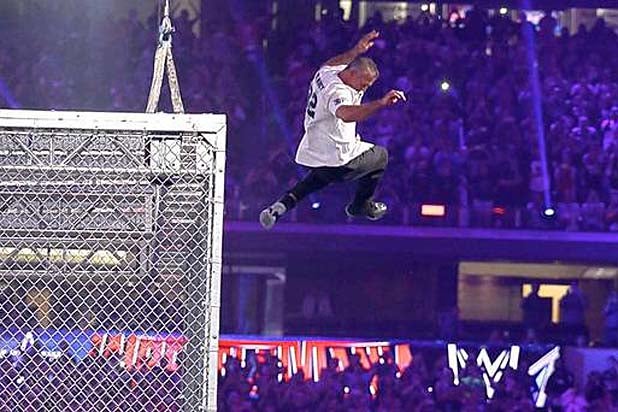 In addition to setting a new attendance record of 101,763 fans on Sunday — which also begat the highest-grossing live event in WWE history at $17.3 million — this year’s event also broke records for digital and social media engagement and merchandise sales.

WrestleMania 32 was the most social event in WWE history, according to Nielsen Social data. It generated 2.5 million mentions on Twitter throughout the day and 1.3 million mentions during the broadcast alone.

On the merchandise side, WWE generated a record-breaking $4.55 million in WrestleMania product revenue, an increase of 37 percent or $1.2 million, from last year’s previous record at WrestleMania 31.

The event saw the in-ring return of several major WWE stars, including Dwayne “The Rock” Johnson, John Cena and Shane McMahon — who jumped off the top of the Hell in a Cell in a match against the Undertaker. Shaquille O’Neal also made a surprise appearance in the Andre the Giant Memorial Battle Royale.