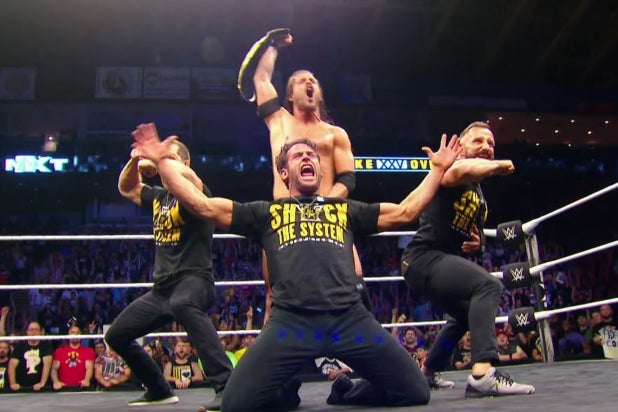 The USA Network debut of the WWE’s NXT brand drew 1.2 million viewers at 8 p.m. on Wednesday, according to Nielsen.

The pro-wrestling promotion’s minor-league brand jumped from streaming platform WWE Network to USA Network. For the first two weeks, it’s only airing the first hour on USA, while it wraps up the final season of “Suits” which airs at 9 p.m. “Suits” has one more episode on Sept. 25. So that means that, again, the 9 p.m. hour of “NXT” will shift over to WWE’s SVOD service.

Beginning Oct. 2, “NXT” will air live on USA Network from 8-10 p.m. That’s the same day when All Elite Wrestling will premiere its two-hour show — officially titled “All Elite Wrestling: Dynamite” — on TNT. That week is big one for WWE: It also features the Fox debut of “SmackDown” (which is changing its name to “Friday Night Smackdown”) on Oct. 4.

“NXT” launched in 2010 with its primary purpose being to serve as a platform for talent to get exposure in front of a televised audience and ultimately (hopefully) make their way onto the bigger WWE brands “Raw” and “SmackDown.” According to WWE, 80% of its current main-roster talent came through NXT.