The WWE suspended two of its popular superstars, Paige and Alberto Del Rio, for wellness violations, the corporation announced on Wednesday.

The announcement comes just two months after WWE Superstar Roman Reigns — a.k.a. Joe Anoaʻi — was suspended for a similar violation.

No further details were given in regards to exactly what the pair they did to warrant the suspension, however readers can gather more details about the comprehensive program here. 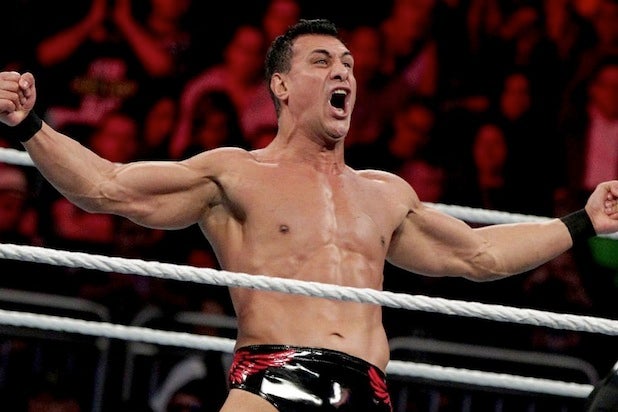 Bevis and Rodriguez are also in a real-life relationship outside of the ring.

The Wrestling Observer noted that “many believe that Paige and boyfriend Alberto Del Rio were drafted to separate brands in the WWE Draft because of heat from officials,” Forbes reported.

In a confrontation more than 15 years in the making, the Viper clashes with the Beast when Randy Orton goes one-on-one with Brock Lesnar. Plus, Finn Bálor and Seth Rollins fight for the right to be called the first WWE Universal Champion; Dean Ambrose defends the WWE World Championship against Dolph Ziggler; Sasha Banks defends her WWE Women’s Championship against Charlotte; and John Cena faces AJ Styles.

Needless to say, neither Paige nor Del Rio will be entering the ring at the Barclays Center this weekend.