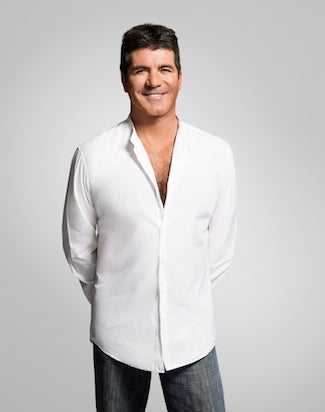 Known for his bold pronouncements and unwavering honesty, “The X Factor” executive producer and judge Simon Cowell admitted that he feels the heat to succeed.

“There’s always pressure,” he told TheWrap. “But in the world we live in now, the public dictates your future. There’s so much word of mouth with Twitter and Facebook, they control your future. It’s all I ever think about, ‘Will they like it? Will they talk about it?’ And if it does, then it will be fine.”

One would think that in its third season, “The X Factor” would be settling into itself. Instead, it returns on Wednesday with a new judges panel and a renewed focus on the competitors. Both those elements should result in Cowell’s ultimate goal: to find a star.

“I think it’s very raw,” Cowell said of the third season opener. “The panel is focused on the contestants. Chemistry is good with us. Most importantly, it’s about the story. I thought it was fun, touching and many of the contestants we highlighted have something.”

Gone are the superstar judges (Later, Britney Spears). That’s not to say that the panel doesn’t include names – Paulina Rubio is a Latina pop icon, Demi Lovato is a pop princess and Disney Grad, and Kelly Rowland was a member of the biggest girl group in recent history along with Beyonce, Destiny’s Child. It’s just low on diva drama.

“If there were going to be squabbles amidst the judges, I would’ve gotten rid of them,” Cowell told us. “There’s no time for that anymore. You’ve got all these contestants looking for a break and then you have a bunch of millionaires squabbling with each other. I have no interest in it.”

“We’re just having fun and I feel like it really reads on-camera,” Lovato told TheWrap.

Unlike its previous seasons, “The X Factor” kept the drama of naming this season’s judges to a relative low. Instead, it quickly announced that host Mario Lopez would return without Khloe Kardashian and that Rowland and Rubio would replace former judges Spears and L.A. Reid.

And as far as “American Idol’s” recent judges casting circus, Cowell said he didn’t have the luxury of following the casting news.

“You got to focus on your own thing,” he said. “My attitude is make the best show you can and for the people you watch it.”

“The X Factor” premieres Wednesday at 8/7