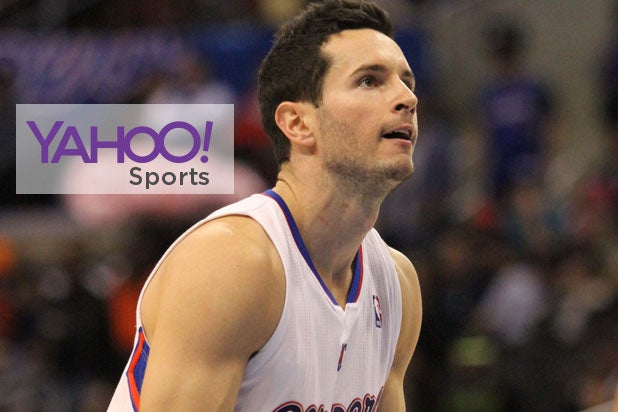 Wojnarowski broke the news on “Garbage Time with Katie Nolan” while discussing his new site The Vertical, which launches on Friday.

“He is going to talk to players in the league, teammates, coaches … there’s never been an active player who has taken on something like this,” Wojnarowski told Nolan.

“I am a big consumer of audio content, and think that this will give fans a deeper dive into the lifestyle and the personalities not just of the NBA, but of other athletes, entertainers and business leaders who have had an influence on my life and career,” Redick said. “There will be something here for everyone, and I’m looking forward to getting into the project.”

DGital Media and Yahoo Sports are partnering up to publish new episodes each Tuesday, along with regular breaking news reports throughout the year.

“‘The Vertical Podcast with J.J. Redick’ won’t just be about basketball; it will give fans a great listen into the storytelling narrative of an elite athlete living and playing in Los Angeles, whose background appeals to such a wide audience,” DGital Media COO Chris Corcoran said.

Also Read: Duke Basketball Legend Christian Laettner on Being So Hated That ESPN Made a '30 for 30' Film About It

The launch of “The Vertical With J.J. Redick” follows the recent launches of DGital Media podcasts “Ochocinco and Dukes” and “The Vertical Podcast with Woj.”