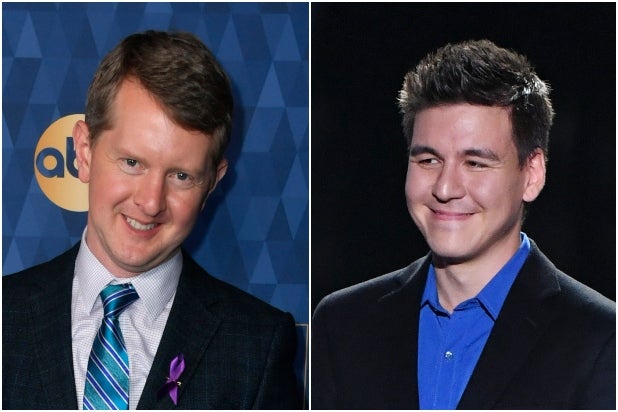 “Jeopardy! Greatest of All Time” competitors James Holzhauer and Ken Jennings are known for razzing each other on Twitter, but a dirty joke Jennings tweeted at his competitor yesterday might just take the cake for greatest twitter response of all time.

To be fair, Holzhauer started it.

“My wife is going to make me roleplay as @KenJennings tonight,” the highest single-game earnings record holder tweeted Thursday.

Jennings, who holds the record for longest winnings streak in regular-season play, gave a legendary reply.

“It’s all about timing on the button,” he said.

Gasp! What would Alex Trebek say?

This isn’t the first time Jennings has said something endearingly off-color.

“Extra” host Mario Lopez tweeted a clip from Jennings’ original “Jeopardy!” run in 2004 in which he answers the question: “This term for a long-handled gardening tool can also mean an immoral pleasure seeker.”

Also Read: 'Jeopardy!': You Know James Holzhauer and Ken Jennings, but Who Is Brad Rutter?

Jennings smashed that button and shouted out, “What’s a hoe!”

He was wrong, but that was a good guess — and it got a joking “Whoa!” out of Trebek.

Jennings secured a second win during Thursday night’s third round of ABC’s “Jeopardy! Greatest of All Time,” establishing himself as the front-runner in the multi-night event that pits him against James Holzhauer and Brad Rutter to settle once and for all which “Jeopardy!” champion is truly the greatest.

Also Read: Alex Trebek Offers Update on Cancer Treatment: 'Some Days Are Better Than Others'

If he wins the next game, Jennings will take the title and the $1 million prize money. Jennings previously won the opening round on Tuesday, while Holzhauer won round two.

If anything, Ken Jennings is the #JeopardyGOAT just for this… pic.twitter.com/GRf3bvvFwH

It’s all about timing on the button.

The next episode of “Jeopardy! Greatest of All Time” airs on Tuesday at 8/7c on ABC.