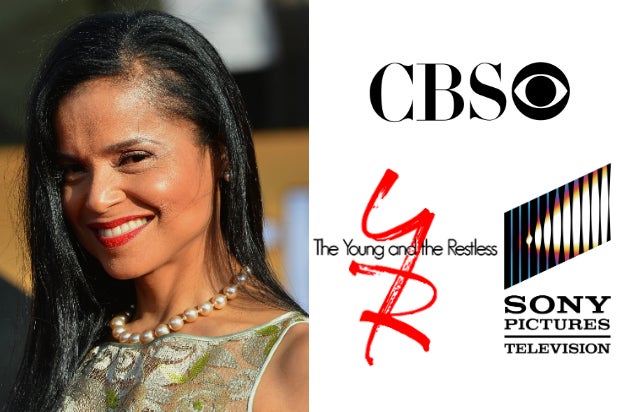 Former “Young and the Restless” regular Victoria Rowell is speaking out about race in Hollywood, saying those who demand greater diversity are frequently punished – and the lawsuit she filed against CBS and Sony is just a piece of the puzzle.

“The level of retaliation in entertainment is profound – it’s terrorism,” Rowell told TheWrap. “When you think of not being allowed to work in your art form as a writer, a director, because you speak out.”

“It’s systemic,” she added. “Agents, managers, they don’t want to rock the boat, because they have a whole cadre of talent they have to keep employed.”

On the series, which she joined in 1990, Rowell played fan favorite Drucilla Winters, a thief and prostitute who turned her life around over the course of nearly 17 seasons.

Her lawsuit, filed Feb. 11, alleges the producers of “Y&R” refused to rehire Rowell for that show or its sister series, “The Bold and the Beautiful,” after she left “Y&R” in 2007 following what she claimed were years of racial discrimination, harassment, and resistance from the upper echelons of CBS to increase diversity on the show.

When Rowell’s suit was filed, CBS told TheWrap in a statement that the suit has “no merit” and that they will “vigorously defend” the case.

Rowell cited an instance where she was fined $20,000 for missing a day of work to lecture inner-city youths, a punishment she said was significantly above what any other actor would receive in a similar situation. Rowell enlisted the help of AFTRA and the NAACP and the fine was eventually rescinded — but the fact that it was leveled in the first place, she said, was an example of retaliation by the producers and an attempt to deter her from her diversity work.

Also Read: Victoria Rowell Slams ‘Young and the Restless’ Over Lack of Diversity: Not One Black Exec Producer

In another example, Rowell said she fought to have a hairstylist skilled in handling African-American hair hired on the daytime show. When she finally succeeded, the black cast was segregated to a separate hair and makeup room and the white cast told her that her hair “smelled.”

Despite the alleged harassment, Rowell — who is currently pursuing a teaching certificate with the American Ballet Theater — said she still wants to work for CBS and would be happy to come back to “Y&R” or “The Bold and the Beautiful.” The idea, she argued, is to bring change and then be able to take advantage of the new environment.

“You want to participate in the process of justice realized,” she said. “You don’t fight and you don’t work towards justice to shrink from the positive outcome.

“Rosa Parks stood her ground and would not give up her seat. Is that to suggest that once she won the right – does that mean she no longer rides a bus again?”

Rowell said her lawsuit is a last resort, but it is also part of a larger campaign for equal rights in a Hollywood suffering from institutional racism. The actress – who fought to get “Y&R’s” first black female writer hired – said there are far too few black voices in entertainment and too much pressure being placed on them.

“… cannot be the representation of an entire people, that’s dangerous,” she said, referring to the hitmaker who is credited with dramatically increasing “race-blind”casting in primetime. “There are many people who are African-American and can write very well, but cannot get through that door.”

Some of the voices that do get through the door, she added, are not good representations of the African-American community.

“I don’t need to see another black exploitive movie out of Screen Gems,” Rowell said, referring to the division of Sony studios that made raucous comedies featuring African-American leads including “Death at a Funeral,” “No Good Deed” and the “Think Like a Man” films.

Sony and Screen Gems did not immediately respond to TheWrap’s requests for comment.

“I want to see intellectual content that has historic content, that doesn’t show just one aspect,” she added. “What I’m looking for are the substantive historical accounts of our people as well, and I mean absent of persecution, absent of the subservient whipping-post nature.”

“Until the leadership demonstrates it — not just says it but actually demonstrates it, hires African-American writers and producers and funds smart movies… not black exploitist movies, we’re not going to see the change that they say they support,” Rowell said.