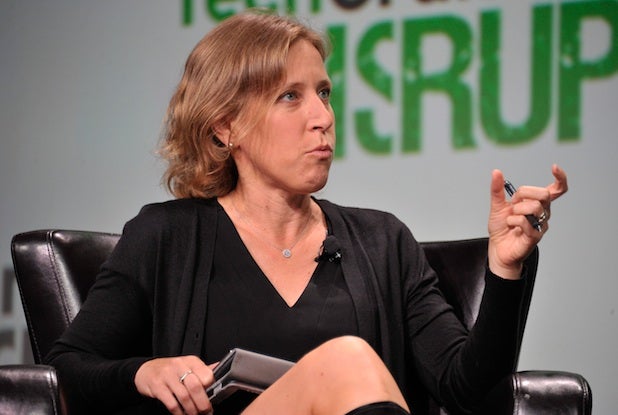 Google has appointed Susan Wojcicki the new CEO of YouTube, the company said Wednesday. Current CEO Salar Kamangar will transition into a new role at Google, confirming months of speculation he would be leaving the world’s largest online video site.

“Salar and the whole YouTube team have built something amazing,” Google CEO Larry Page said in a statement. “YouTube is a billion-person global community curating videos for every possibility. Anyone uploading their creative content can reach the whole world and even make money. Like Salar, Susan has a healthy disregard for the impossible and is excited about improving YouTube in ways that people will love.”

Wojcicki, Google employee #16, last served as the head of the company’s advertising products unit. YouTube revenue continues to grow each year, reaching $5.6 billion last year according to one report, but Google wants more, which is why it is handing YouTube over to one of its top advertising executives.

Almost every major American company advertises on YouTube in some way, but they aren’t paying more for those ads than they were a few years ago. As millions of people upload more videos to YouTube every day, supply outpaces demand. The perception of YouTube as a compendium of video blogs and animal videos persists — even if it is no longer representative of the site’s full offerings.

YouTube has tried a few different things to bring “premium” content to the platform, videos that older viewers will watch and advertisers will pay more for. YouTube funded 100 original channels, struck deals with movie studios and TV networks and moved into live events with its own music awards show and other live streams. Those have not had the desired effect on advertisers, but YouTube’s audience has still ballooned to more than a billion people a month.

Theinformation, a new website founded by former Wall Street Journal tech reporter Jessica Lessin, was the first to report Google would be placing Wojcicki in charge of YouTube.