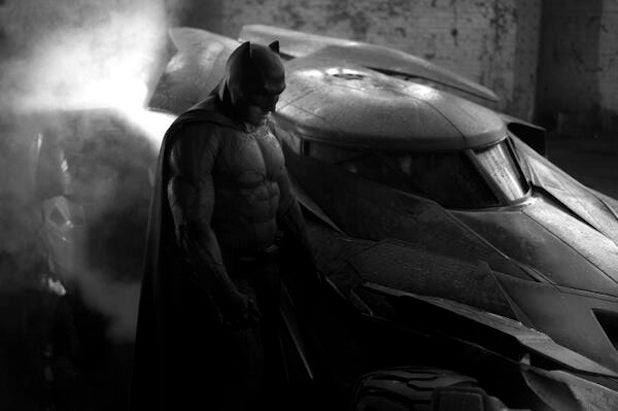 “Batman vs. Superman” director Zack Snyder teased revealing the new Batmobile earlier this week, and on Tuesday he delivered, giving fans the first look at Batman’s new costume, too.

The stylish black-and-white photo (above) features Ben Affleck as the Dark Knight, standing next to the vehicle he’ll presumably be cruising around the streets of Gotham and Metropolis in when the “Man of Steel” sequel hits theaters on May 6, 2016.

Here’s Snyder’s tweet, plus a closer look at Affleck’s costume: