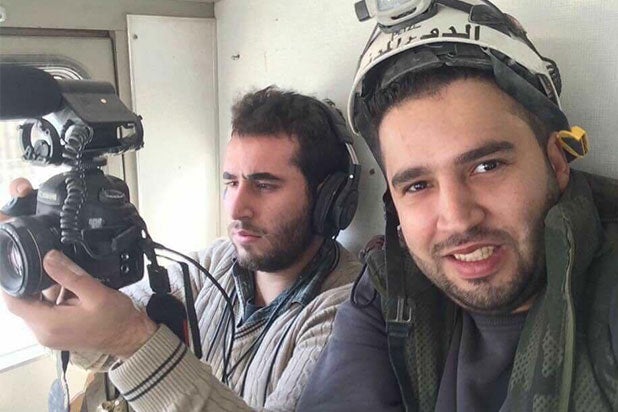 “Last Men in Aleppo” producer Kareem Abeed’s appeal to the U.S. State Department was successful, and he will be able to attend the Oscars on Sunday after being granted a travel visa.

The film’s director, Feras Fayyad‏, tweeted on Wednesday, “Good news: My producer Kareem Abeed get his visa finally, finger cross that he mange [sic] to get in to U.S now,” adding, “Thanks for everyone involved to helping this process and thanks for all the solidarity and the effort from the American friends for facing Trump ban to help us to be with our film.”

Last week, Abeed’s visa was rejected by the U.S. government. Prior to that, TheWrap reported that Abeed and White Helmets co-founder Mahmoud Al-Hattar will not be present on Oscar Sunday after the Syrian government refused to expedite the visa process to allow them to travel to Hollywood.

Interest in the Syrian crisis and The White Helmets, in particular, has increased in the documentary community, as a Netflix doc largely filmed by the White Helmets won last year’s Oscar for Best Documentary Short. But “Last Men In Aleppo” is noteworthy for being the first film directed and produced by Syrians to earn an Oscar nod.

But documentaries like “Last Men In Aleppo” have come under attack by supporters of Bashar al-Assad’s regime in Syria and Russia, as they have accused The White Helmets of being a front for Al-Qaeda. Because of this, al-Hattar is unable to apply for a Syrian passport and won’t attend the ceremony, and Abeed’s interview for a visa had been previously scheduled for March 2, two days before the Oscars.

The visa was initially rejected as part of President Donald Trump’s Executive Order 13780, which stops new visa applications from citizens of Syria.

The assistant director and the cinematographers on the film have also been granted visas.