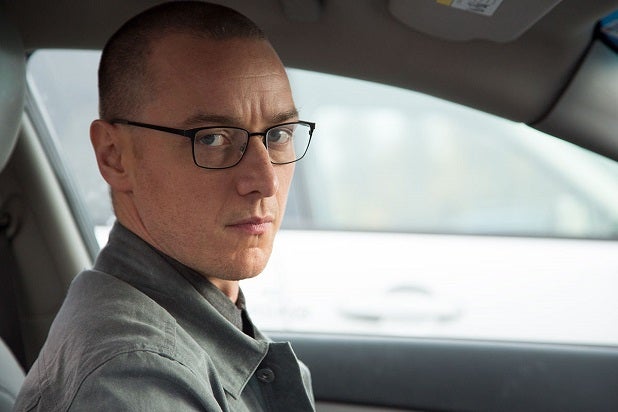 (It probably should be expected that there will be major spoiler for “Split” and other M. Night Shyamalan movies below. So here’s your spoiler alert.)

M. Night Shyamalan movies have it tough. Almost all of them feature an attempt at a hard-hitting twist, and with the massive success of “The Sixth Sense” right out of the gate, the bar for those twists has been set pretty high.

When a movie’s twist fails to clear that bar, viewers and critics aren’t too kind about it. Several Shyamalan movies, such as “The Village” or “Lady in the Water,” are met with disdain for their flubbed or lackluster twisting efforts.

“Split,” Shyamalan’s latest semi-supernatural thriller, takes a different tack with its twist. The big moment comes at the very end of the movie, adding some new context to the story the audience has just finished, but without massively changing it. This isn’t an “I see dead people” kind of moment that makes you rethink everything you’ve just watched. This is a twist that charges up your imagination for movies yet to come.

Be warned, I’m about to spoil it.

In the final moments of “Split,” a group of people are watching the news story about split-personality kidnapper and murderer Kevin Crumb (James McAvoy) disappearing from police. One of the onlookers comments that the story sounds a lot like one about another villainous character. The camera moves through the room to reveal Bruce Willis, sporting a work shirt with the name “Dunn” on the breast, who provides the name the girl is searching for: Mr. Glass.

Both Mr. Glass and Dunn are characters are from a previous M. Night Shyamalan movie: 2000’s “Unbreakable.” In that movie, Elijah Price (Samuel L. Jackson) convinces David Dunn (Willis) that he’s actually a nearly invulnerable comic book-like hero. The big twist in that movie (SPOILER) is that Price has been searching for a person like Dunn because Price has a condition that makes him extremely vulnerable — his bones are brittle, and in his youth, kids called him Mr. Glass.

Price believed his opposite, an invulnerable man, must exist. So he caused the train derailment at the beginning of the movie in an attempt to find a lone survivor: Dunn. And like a true supervillain, Price reveals he caused several other disasters, and sacrificed a bunch of other people in the process, while searching for his counterpart superhero.

Back to “Split.” The supernatural angle of the movie is not just that Kevin Crumb has multiple personalities and that some are evil. Instead, the personalities can actually take on different abilities. One personality might have diabetes, while another might be especially strong — physical attributes come from what the personalities believe about themselves. The personality called the Beast basically has superpowers, like the ability to climb nearly sheer surfaces and thick skin that can withstand gunshot wounds. When the Beast personality takes control of Crumb’s body, he undergoes an Incredible Hulk-like transformation.

Also Read: 'Split' Review: M Night Shyamalan's Mojo Is Back -- What a Twist

Bridging the two movies doesn’t make it Shyamalan’s best twist, though. “Unbreakable” came out in 2000 and wasn’t a major hit. If most people in the audience even saw it, there’s a fair chance they won’t remember it. So for many, that Bruce Willis is sitting in a diner will probably come off as little more than a minor cameo by an actor who has worked with Shyamalan in the past (both in “Unbreakable” and “The Sixth Sense.”

But for those who do know what it means, the “Unbreakable” addition gets them thinking about what Shyamalan might have planned in the future, because it sets the stage for, essentially, a Shyamalan shared universe of movies. It recalls the early days of the Marvel Cinematic Universe, when Sam Jackson and Robert Downey Jr roamed from movie to movie after the credits reminding that these movies all take place int he same world and these characters will eventually all collide in a big way.

After a solid, gripping thriller, we’re left imagining what’s being set up. We think we were sitting down for a horror movie, and we leave thinking about a (probably very dark) superhero movie to come. It’s

And the twist marks a direction for Shyamalan that, frankly, he should start to get comfortable taking — one where a movie’s story has no need of a mind-blowing moment to make it worth watching. “Split” is a solid, fun movie on its own. It’s fair to criticize it for leaning into the stereotype of portraying mentally ill people as dangerous, and Shyamalan has done that numerous times before. But as a thriller, “Split” gets the job done, and what’s more, it gets it done with just its regular genre trappings. The scary killer guy is a scary killer guy. That he’s conflicted, and becomes worse over the course of the movie, just adds to the inescapable sense of “oh no, what’s he going to do” that drives “Split” all the way through.

There’s no need for a big bombshell to make “Split” work, a fact Shyamalan could take to heart once in a while. In a way, it makes this Shyamalan twist all the better. If we didn’t see Dunn at the end of the movie, it would have been just as effective as a movie. So here, what Shyamalan deploys is more of a bonus, like the standard Marvel post-credits scenes we’ve all become accustomed to by now.

The ending moments of “Split” might not be Shyamalan’s most masterful, mind-boggling moment. But for audiences who have been paying attention, knowing that “Split” could be the beginning of something bigger is enough to make a frightening movie just a little more spookier — by teasing us to imagine the possibilities.