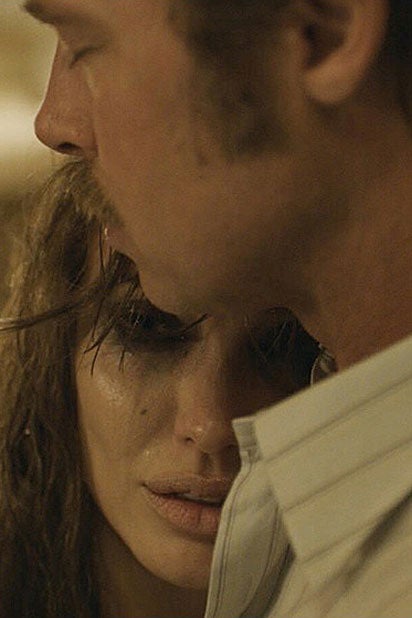 Universal Pictures will release director Angelina Jolie Pitt’s drama “By the Sea,” in which she stars alongside her real-life husband Brad Pitt, in the heart of awards season on Nov. 13, the studio announced Thursday. International releases for Jolie’s follow-up to “Unbroken” will also build around this date.

“By the Sea” follows an American writer named Roland (Pitt) and his wife, Vanessa (Jolie Pitt), who arrive in a tranquil and picturesque seaside resort in 1970s France, their marriage in apparent crisis. As they spend time with fellow travelers, including young newlyweds Lea (Laurent) and François (Poupaud), and village locals Michel (Arestrup) and Patrice (Bohringer), the couple begins to come to terms with unresolved issues in their own lives.

In its style and treatment of themes of the human experience, “By the Sea” is inspired by European cinema and theater of the ’60s and ’70s.

“This is a story about a relationship derailed by loss, the tenacity of love, and the path to recovery and acceptance,” Jolie Pitt said. “It has been a privilege to explore these universal human experiences with such a generous and talented cast and crew.”

“Angie and Brad have created an intimate gem of a film that will surprise people and delivers an experience they might not expect from them,” Universal Chairman Donna Langley said. “Universal is honored to market and distribute it to audiences around the world.”

Jolie Pitt is joined behind the scenes by a key crew that includes cinematographer Christian Berger (The White Ribbon), who used his Cine Reflect Lighting System to shoot the film.

“By the Sea” will square off against Paramount’s horror movie “Rings,” the Bill Murray comedy “Rock the Kasbah” and WB/Alcon’s miner drama “The 33.” It will also find itself sandwiched between “Spectre” on Nov. 6 and “The Hunger Games: Mockingjay – Part 2” on Nov. 20.