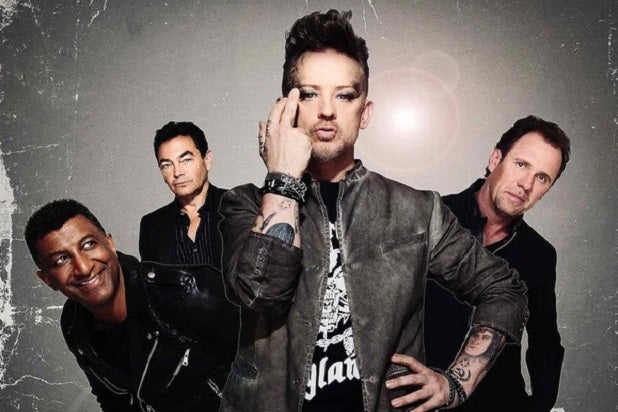 Sorry, Culture Club fans: You’ll have to wait a while longer to see your ’80s faves in the flesh.

The “Karma Chameleon” popsters have been forced to cancel their tours in North America and the UK, after a polyp was discovered in lead vocalist Boy George’s throat. The singer’s throat specialist has ordered him not to sing, as he might need to undergo surgery.

The canceled tour dates were scheduled for November and December.

A spokeswoman for the band said that the group is “devastated” by news of George’s medical condition and that the tour was canceled with “much regret.”

While refunds are available at the point of ticket purchase, the group said that it hopes to reschedule the canceled dates next year.

“We are hoping we can reschedule the concerts for next year, and hopefully George’s problem will be resolved,” the group said, wishing the singer a speedy recovery and adding, “To our fans we wish to thank you for your loyalty and know that we love you all.”

Hopefully some classic Culture Club can soften the blow of the news. Watch the video below for their signature song “Do You Really Want to Hurt Me” below.