50 Cent is threatening to take the “Power” universe off Starz because his latest offering, “Power Book IV: Force,” has not yet been renewed. The series debuted on Feb. 6 to record ratings for the cabler, but the hip-hop mogul says the show is sitting “in limbo.”

The “Power” executive producer shared his dismay in a string of Instagram posts Tuesday.

He began with a video of a man shoving items into a suitcase and included the caption: “This is me packing my stuff, STARZ sucks, my deal is up over here I’m out. They renewed ‘Hightown’ and ‘Force’ is the highest rated show [but] they have it sitting in limbo. If I told you how much dumb s— I deal with over here.”

While the hip-hop mogul’s contract with Starz is ending soon, an individual with knowledge of the situation told TheWrap it’s not officially up until the fall. 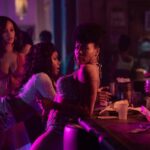 50 Cent shared more photos of suitcases and in a second post wrote: “Hold my calls I’m traveling, getting the fvck away from STARZ.”

“Force” star Joseph Sikora, who plays fan favorite Tommy Egan, replied to one of the posts with “Oh boy!”

As 50 Cent mentioned, “Hightown” was renewed on Tuesday for a third season. The crime series stars Monica Raymund as a National Marine Fisheries Service agent trying to get sober.

However, “Force,” which follows Tommy Egan as he jockeys to become Chicago’s biggest drug kingpin, has not yet been renewed for a second season.