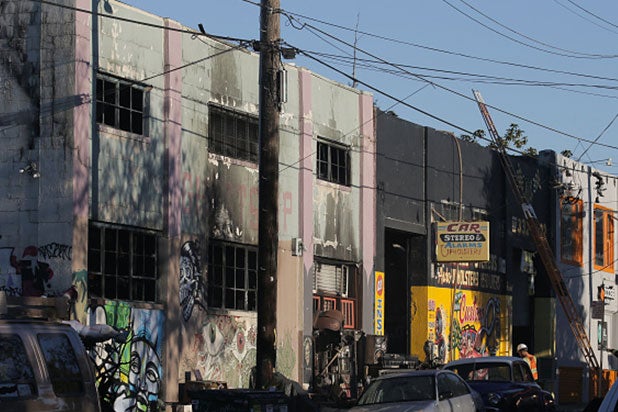 A fire broke out at a Oakland warehouse party on Friday night, killing at least 9 people with police preparing for up to 40 casualties.

BREAKING: Sheriff says officials prepared to deal with up to 40 deaths in Oakland, California nightclub fire.

Oakland Fire Chief Teresa Deloach Reed said that perhaps up to 100 people were in the building when the fire started. Most of the deceased were on the second floor because there was only one way down on one stairway made of pallets, according to CNN.

The call about the fire in the Fruitvale neighborhood came in at around 11:30 p.m, reported the New York Times. The party at 1305 31st Avenue had started at 9 p.m., according to the Facebook page for the event.

People have been using the Facebook page to post the names of the people, including the names of artists and performers, they believe attended the warehouse party in hopes that it will aid authorities.

“Hi, I am here with the fire inspector going through the list of missing names of missing/safe,” wrote one woman. “I am requesting that you only post in this thread their name and missing or safe next to it.”

“It must have been a very fast-moving fire,” Reed told reporters Saturday morning. She added that the building “was kind of like an artist studio” that had partitions to break up where the artists worked.

CNN reported that firefighters have not been able to search the entire building, given that they first have to remove the debris and make sure the building is safe for entry.

The Alameda County Sheriff’s Coroner’s Bureau has been called to the scene. Facebook is now offering the Safety Check feature so people who attended the party can let loved ones know they are safe.

See a video of the fire below.