A group six of leading entertainment industry insiders and activists on Monday affirmed that the goal of gender equity in Hollywood can be achieved if women continue to insist on change.

“Every time you ask difficult questions about this topic you create an uncomfortable atmosphere,”  said panelist Anna Serner, CEO of the Swedish Film Institute, a public entity that finances film in Sweden, at a Wrap-sponsored panel focused on gender equity at the Cannes Film Festival.

But Serner said it was imperative to “count, count, count” the number of women to get to fully 50-50 equity. “Forty-sixty is rubbish,” she said.

Serner was one of the first women to adopt the “50/50 by 2020” mission to achieve full gender parity in the film industry, and in three years the institute has achieved just that in film funding, she said. 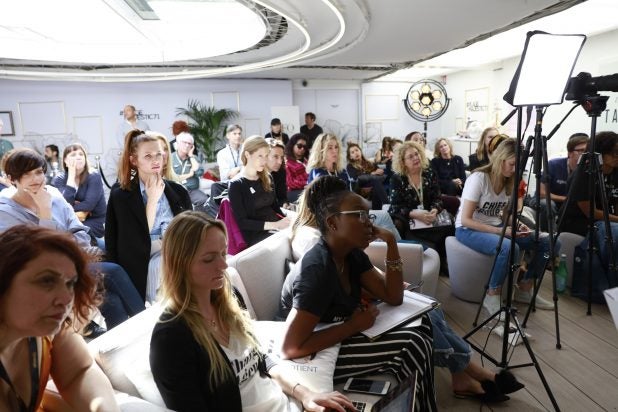 TheWrap Editor-in-Chief Sharon Waxman led the panel in collaboration with The Girls’ Lounge at The Plage Majestic 71 in Cannes, which had a standing-room-only crowd of women and men, part of a wave of activations around the issue at the festival.

Over the past week the Cannes Film Festival has been consumed by the question of greater female inclusivity in front of and behind the camera. Festival organizers signed an historic pledge on Monday promising to commit to promoting greater numbers of women in senior positions, with the aim of breaking out of historically low female representation among directors in competition.

The panel debated inclusion, equality in the workplace, equal gender roles, and of course the lack of females currently working in the entertainment industry. “There is a plethora of female directors,” said Audain, questioning why they don’t work more.

Elwes brought up a recent study by Stacy Smith, director of the Annenberg Inclusion Initiative, which found that only 7 percent of the top 250 domestic grossing films last year were directed by women.

Elwes, who offered Dee Rees a career-making opportunity to direct last year’s Oscar contender “Mudbound,” suggested that every movie star could pledge to work with a woman on one film ever year. 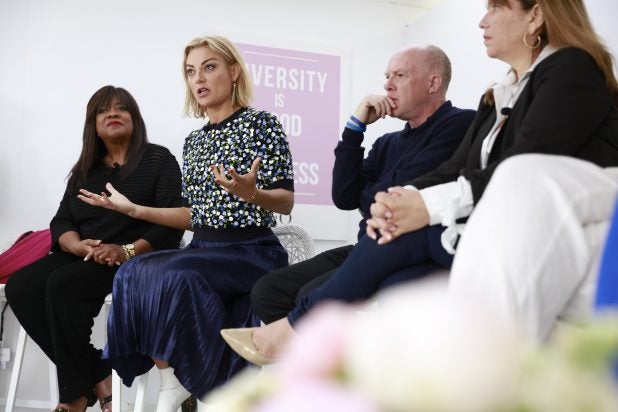 And on the first day on the set, Elwes said, “A female lead should walk up to the lead male movie star and ask how much is he being paid.”

Ebert, a former civil rights attorney who is also the CEO of Ebert Digital LLC, said that she wants to see more people of color in front and behind the camera.

Bronk the CEO of  The Creative Coalition which advocates for the arts said:  “Let’s think of it as a winnable political campaign.” This mission isn’t impossible to accomplish, “we need to solve the problem and not adore it,” said Walker.

See the video above for more.