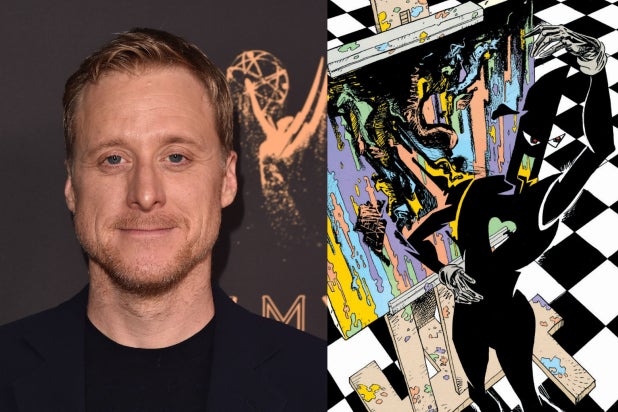 Alan Tudyk has been cast as Mr. Nobody in the upcoming series “Doom Patrol.”

Tudyk joins a cast that includes Brendan Fraser, “Orange Is the New Black” star Diane Guerrero and “The First Purge” star Joivan Wade on the show, which will be seen on the DC Universe streaming service.

Here’s DC’s description for Mr. Nobody: After exposure to unknown experiments by ex-Nazis in post-war Paraguay, the man formerly known as Eric Morden emerges as a living shadow, able to drain the sanity of others as the enigmatic, and totally insane, Mr. Nobody.

The series follows a group of outcast superheroes: Robotman, Negative Man, Elasti-Girl and Crazy Jane, led by modern-day mad scientist Dr. Niles Caulder (The Chief). Each members has suffered horrible accidents that gave them superhuman abilities — but also left them scarred and disfigured.

Jeremy Carver is writer on the series, and will executive produce alongside Greg Berlanti, DC Entertainment’s Geoff Johns and Sarah Schechter of Berlanti Productions.

DC Universe will launch its streamng service on Sept. 15, with its first series, “Titans” premiering on Oct. 12.