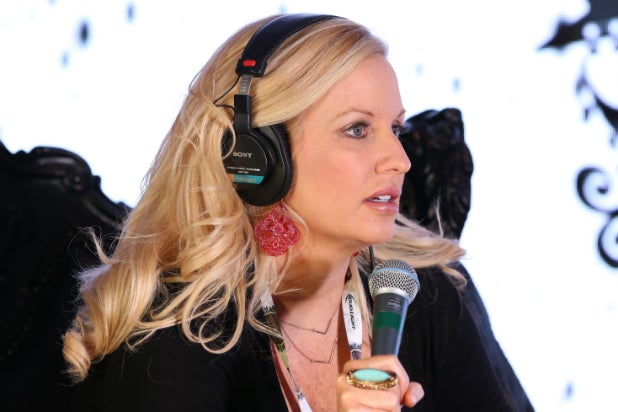 “It was one of those situations where I had no idea what I was walking into — what was happening behind the scenes,” Mac Kay began on Alison Rosen’s latest podcast.

Mac Kay said she had no idea the popular morning-drive DJs were planning to fire their longtime traffic reporter.

“Every listener had their own conspiracy theories,” like, “I had been having sex with [producer] Ralph Garman for a long time, I believe I had an affair with Bean [and] possibly Kevin,” Mac Kay joked. “Because never would a woman ever get a show on her own merit.”

“I was a backstabber to Lisa,” Mac Kay recalled others saying of her via Twitter and email.

“It was handled so poorly just across the board,” she told Rosen, who was herself fired in late-2014 from Adam Carolla’s popular podcast and replaced by Gina Grad. “I stepped into a job that basically made it seem like this other woman was just being wiped out from her position.”

Mac Kay was one of the fill-in “news girls” on the “Adam Carolla Show” in-between Rosen and Grad. Both Mac Kay and Rosen opined on “Alison Rosen Is Your New Best Friend” that the job was always going to be Grad’s.

Also Read: KLOS Radio's Lisa May Talks Life After 'Kevin and Bean,' Calling Her New Host a 'D-ck' on Day 2

“It was bad. I got death threats. Death threats! Like a couple that were really insane,” Mac Kay said, referring to fan response after her “Kevin & Bean” debut. “There’s a guy to this day that will write under any YouTube video of mine.”

There were more “weird, awful, horrible things” from there — just in case the death threats weren’t enough.

Listen to the episode above. Mac Kay on replacing May begins around the 40-minute mark.