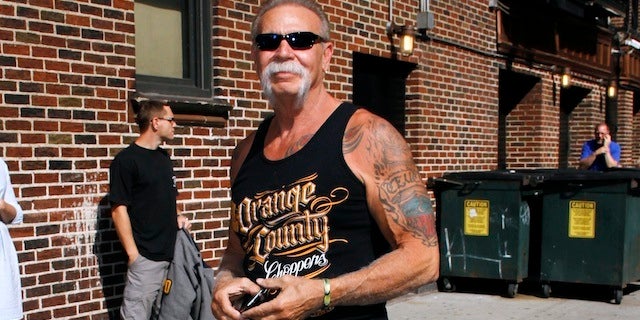 Pilgrim studios will produce eight episodes of the one-hour unscripted show, "Orange County Choppers," for CMT. It starts production this summer and slated to air later this year on the cable network.

"We're thrilled to be back on television doing what we do best: building outrageous custom motorcycles," said Teutul in a statement. "We have a lot of very cool projects coming up and can't wait to deliver on this new partnership with CMT and Pilgrim."

"Pilgrim’s relationship with Paul Sr. goes back more than a decade, and we’ve seen his creative and mechanical genius first-hand," Pilgrim Studios' head and executive producer Craig Piligian said. "We’re so glad to be working with him again and look forward to bringing OCC's unique brand of excitement and inspiration to CMT viewers."

Discovery canceled "American Chopper" last November after previously announcing it was canceled and then bringing it back.