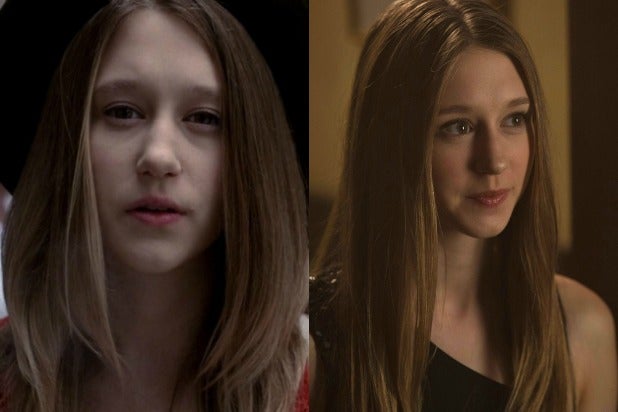 The entire Harmon family will be together for the apocalypse.

One day after TheWrap exclusively reported that “American Horror Story” alum Connie Britton will be returning for the upcoming eighth season, “Apocalypse,” it’s been revealed that her on-screen daughter Taissa Farmiga is taking on two roles for the “Murder House”/”Coven” crossover.

While Farmiga’s casting for Season 8 was announced by creator Ryan Murphy last month, it was unknown until now whether she’d be playing Zoe or Violet or Zoe and Violet — or someone new entirely. And seeing as fellow “AHS” star Sarah Paulson is playing both her “Murder House” and “Coven” roles as well, along with a mysterious third character, anything was possible.

In case you forgot why Farmiga, Britton and McDermott would be so integral to the upcoming story, allow us to remind you that in Season 1, Vivien died giving birth to twins after being raped by Tate (Evan Peters). Tate’s mother, Constance (Jessica Lange), adopted the one living baby, his demonic offspring Michael, who was last seen giggling as a toddler, covered in blood, after murdering his babysitter in the Season 1 finale.

The entire Harmon family (with the exception of Michael) ended the season deceased — but were living happily as ghosts in the Murder House in the final episode. Cody Fern has been cast as a grownup Michael in “Apocalypse,” so we’ll see how that works out for the Harmons — and the rest of humanity — come Season 8.