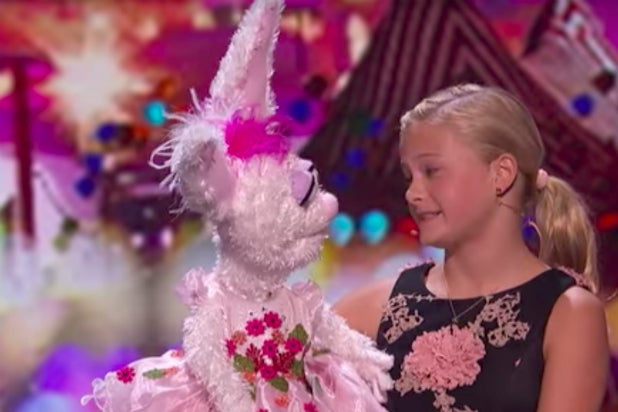 (Spoiler alert: Please do not read on if you haven’t watched Wednesday’s finale of “America’s Got Talent.”)

Wednesday was a huge night for “America’s Got Talent” winner Darci Lynne Farmer. Oh yeah, and for NBC.

The “AGT” Season 12-ender was the franchise’s most-watched finale in 7 years. That sure helped “The Good Place,” which landed pretty good numbers with its Season 2 premiere immediately after “Talent’s” confetti dropped.

CBS’ “Big Brother” also came to a conclusion last night, and was up slightly from last summer’s finale in the key 18-49 demographic. Of course, on an average basis, nothing could touch NBC’s big primetime results.

Univision was fourth in ratings with a 0.8/3 and fifth in viewers with 2.1 million.

ABC and Telemundo tied for fifth in ratings, both with a 0.6. Telemundo had a 3 share, while ABC got a 2. ABC was fourth in total viewers with 2.5 million, airing all reruns; Telemundo was sixth with 1.6 million.