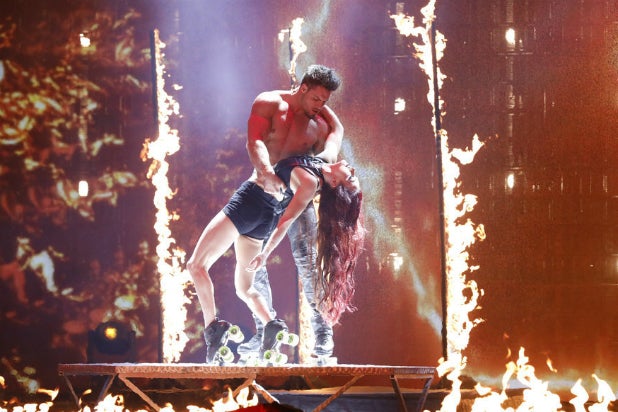 The “America’s Got Talent” semifinals dominated Tuesday’s primetime TV ratings, which means the NBC competition dispatched ABC’s “Bachelor in Paradise” and every other show on broadcast television as well.

CBS and Fox tied for third in ratings, both with a 0.6. CBS had a 3 share, Fox got a 2. Airing just reruns, CBS was second in total viewers with 5 million; Fox was fourth with 1.8 million.

Telemundo was fifth in ratings with a 0.5/2 and in viewers with 1.3 million.

Univision was sixth in ratings with a 0.3/2 and in viewers with 1.2 million.