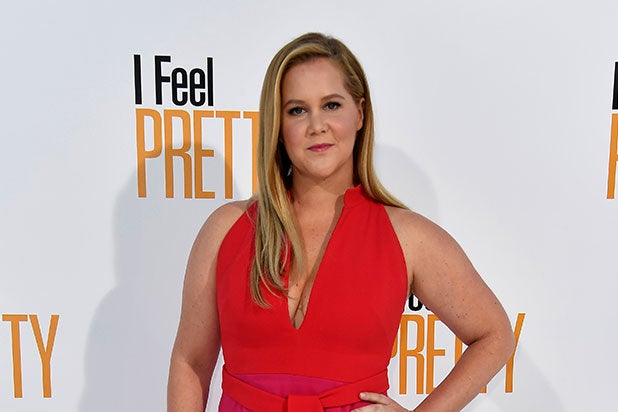 A day after Amy Schumer exited her longtime agency UTA, the actress and comedian signed with WME, the agency announced Monday.

TheWrap exclusively reported on Sunday that Schumer was leaving UTA, an agency that she had been represented at for close to 10 years. UTA had packaged her projects like  “I Feel Pretty,” “Trainwreck” and her comedy series “Inside Amy Schumer.”

Schumer’s other most recent credit is “Thank You for Your Service.” “I Feel Pretty” has grossed $88 million at the worldwide box office, while her hit comedy “Trainwreck” has earned $140 million globally since its debut in 2015. She also served as a writer and co-producer on “Trainwreck.”

Schumer will next be seen in Rebecca Miller’s “She Came to Me” alongside Steve Carell and Nicole Kidman. She will also star in and produce “Who Invited Her?” with Reese Witherspoon via her Pacific Standard banner. She also most recently launched an original podcast on Spotify called  “Amy Schumer Presents: 3 Girls, 1 Keith.”

She is represented by The Lede Company, Maverick Management and Schreck Rose Dapello Adams Berlin & Dunham.