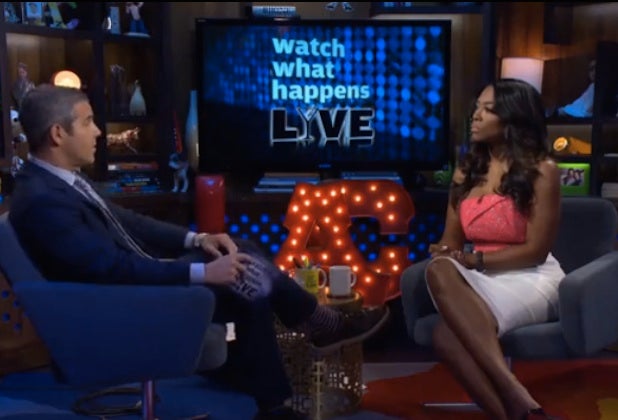 “Do you think you went too far in your outrage over Porsha’s actions at the reunion?” Cohen asked. “You said the black community should be offended by what she did. You pressed charges.”

Moore stood firm behind her decision.

“I think that being a woman and understanding that we are in a scenario where we knew what this show was about before we signed up for it, we know that this is a group of women, we have differences of opinions and we are able to state what those opinions are, we are able to get angry but there is always some type of resolution in that,” Moore said. “But we always know that even though this is entertainment, this is a show, there always a line you do no cross, that’s in life, that’s morally speaking and to have that happen to me, to have it damage me in the way that it did, is reprehensible.”

Cohen also said he heard that Moore was upset by Williams’ appearance on “The View.”

“What I’m upset about is the fact that you are going around saying that my scepter, a child’s toy, was heavy and it was used as a weapon, we all know that I didn’t use that scepter as a weapon, it was something that was silly and playful and it was never used to threaten anyone,” she said. “That was very clear. We were laughing”

Cohen asked about Williams’ threat of filing a counter-suit.

“It wasn’t even used in a manner to threaten her,” Moore said.