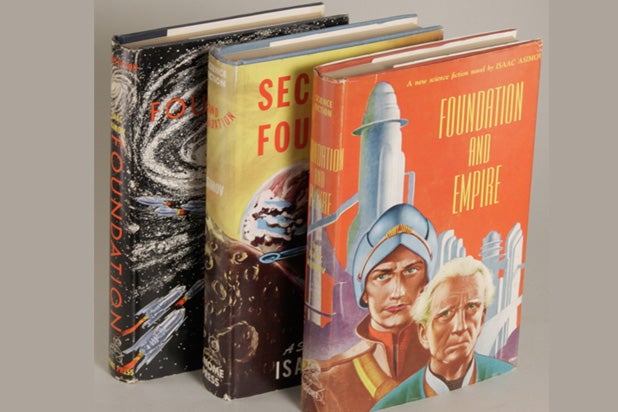 The show will be written and executive produced by Goyer and Josh Friedman, each of whom will serve as the series’ showrunners. Skydance Television is producing “Foundation” with David Ellison, Dana Goldberg and Marcy Ross also serving as executive producers.

The “Foundation” series started as a collection of short stories published in Astounding Magazine in 1942, then became a book trilogy in 1951. Asimov later added to the series in subsequent sequels and prequels with the first installment arriving in 1982.

Asimov’s work has been adapted into film previously, including “I, Robot” and “Bicentennial Man.” “Foundation” was previously sought after for a film series, and in 2016, Jonathan Nolan was developing a “Foundation” series for HBO and Warner Bros. TV.

Goyer, who recently produced “Batman v. Superman: Dawn of Justice,” is currently writing the Green Lantern Corps movie with Justin Rhodes. Friedman, who created the “Terminator” series “Terminator: The Sarah Connor Chronicles,” was recruited by James Cameron to work on the screenplay for “Avatar 2.”