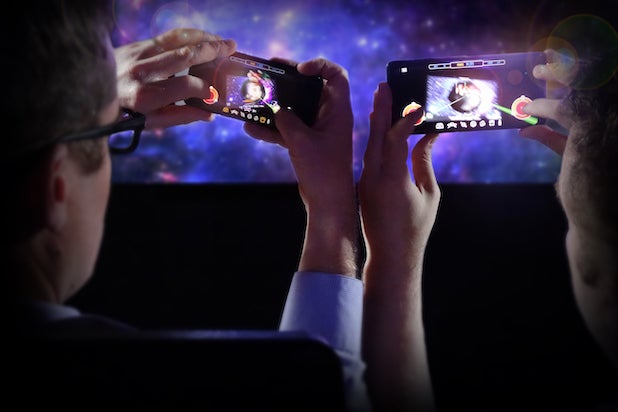 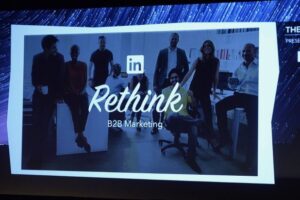 How AR Games Attract Moviegoers to Their Seats Early

”If they can get 5 million people to download their game app and play their trivia game and make a dollar a month per player…that’s meaningful,“ Wedbush analyst Michael Pachter says

As an increasing number of theater chains have switched to reserved seating across the country, moviegoers no longer have to arrive early to save seats. While the move has helped boost concession sales, it comes at a price: missing the advertising pre-show.

“We’re not trying to be a gaming company,” NCM’s chief digital officer Rick Butler tells TheWrap. “We want to partner with the studios and the exhibitors around movie awareness for in-theater and extend that entertainment value outside the theater.”

For more than a decade, NCM produced the “FirstLook” segments that offered behind-the-scenes featurettes and news of upcoming films. It has been hard to avoid, as the ubiquitous pre-show plays in more than 20,900 screens in 1,700 theaters nationwide, including at AMC, Regal and Cinemark Theaters — all of whom have a stake in NCM. Then in 2017, just two years after a proposed merger with cinema advertising rival ScreenVision fell through, NCM rebranded “FirstLook” as “Noovie” and launched a mobile gaming app called Noovie ARcade.

NCM says Noovie ARcade has logged approximately 3 million downloads since its launch, helping to grow the digital side of its business.

Here’s how it works: During the traditional pre-show, an ad will play prompting audience members to open the ARcade app and point their phone cameras at the screen. The on-screen image will then trigger a simple tap, racing or “Space Invaders” style game that anyone with the app can play for 60-90 seconds during the pre-show. You can also see your score on a leaderboard compared to other people playing in the same theater.

For now, you must be in the theater to play the game, though you can demo it at home from your computer screen. NCM plans in the future to make the ARcade games available outside the theater, as well.

NCM launched one of their horror-themed experiences timed to the release of the first “It” movie from 2017. The company also made specifically branded games, one inspired by a scene from “Ralph Breaks the Internet,” and another called “Shuffle” that offers movie trivia and matching games that is currently branded to “Toy Story 4.” A new endless-runner game styled off the popular “Temple Run” game is coming to Noovie ARcade in the coming months.

NCM tells TheWrap that other IP-centered games, specifically ones that utilize the AR technology, also are on the way.

Amy Jane Finnerty, NCM’s VP of corporate communications, said that when the company surveyed moviegoers about what they want from the pre-show, gaming and trivia activities were frequently “top on the wish list.” It spurred NCM to strongly invest in digital and AR over the last three years, revamping “FirstLook” without completely disrupting the existing pre-show content that has worked well for years.

“To make that 20 minutes more valuable to the consumer and, therefore, more valuable to the advertiser, it’s important to get people into those seats and to inform and entertain them as best as we can, so we can continue to generate greater revenue,” Butler said. “Can we get folks to initially engage with us while they’re in the auditorium but continue to be engaged with us after they leave? We want them to connect with us and vice versa, every day, every week, until the next time that they go back to the theater.”

Prior to delving into AR games, National CineMedia, Inc., NCM’s parent company, saw revenue remain flat in 2015 and 2016 before experiencing a downturn in 2017, as reserved seating grew. Last year, however, it ticked back up close to 2015’s totals and is expected to rise again.

“I was convinced that the end was near,” Wedbush analyst Michael Pachter told TheWrap. ” They addressed the problem head-on and truly fixed it.”

Pachter recently upgraded his rating of NCMI’s stock from “Neutral” to “Outperform,” and stock price this year is up 4.17% year-to-date, though it remains down by more than 19% compared to this time last year.

Cinema advertising is not a growth industry, Pachter acknowledged, but he likened NCM’s app engagement to how the company behind “Words With Friends” remains hugely successful through micro-transactions alone.

“The owners decided it was in their own best interest to help NCMI thrive,” Pachter said. “Not that this is a giant number for NCMI, but if they can get 5 million people to download their game app and play their trivia game and make a dollar a month per player, that’s $60 million on a $440 million base. That’s meaningful. I don’t think they’re getting there any time soon, but that’s the hope and desire.”

As for NCM’s competitor Screenvision, a representative for the company told TheWrap it also has looked to digital as a way of improving its pre-show, “Front + Center,” partnering with XBox last year on 4D motion ads and introducing a digital “Smart Network” designed to better target behavioral and transactional data.

“At Screenvision Media, we believe that cinema advertising is the best and most premium offering for stable, consistent audience delivery and incremental reach. The emotional connection and storytelling ability of movies keeps audiences engaged, while innovative approaches and tools allow us to improve targeting and measure results,” the company said in a statement. “We look forward to continuing to find and employ new innovations to further enhance our preshow and the overall impact of cinema advertising.”

The broader move into digital is just one way NCM and other cinema advertisers are looking to partner with studios and push back against an ever changing movie industry.

“They’re looking for that one-on-one movie audience engagement,” Finnerty said. “That’s very hard to get anywhere else, and that’s one of the things the studios and Disney have wanted to work with us on.”