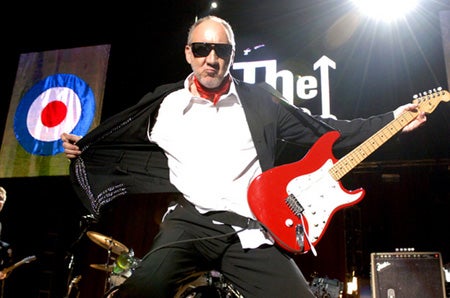 Was The Who’s 12-minute performance during the Super Bowl halftime show in Miami its last?

If the ringing in Pete Townshend’s ears gets any worse, it just might have been.

Townshend told Rolling Stone that he suffers from tinnitus – a painful ringing of the ears – from years of touring with the legendary rock group.

"If my hearing is going to be a problem, we’re not delaying shows,” Townshend told the magazine. “We’re finished.”

The 64-year-old guitarist added: “I can’t really see any way around the issue."

The Who was forced to cancel its spring tour and a pair of festival appearances at the New Orleans Jazz & Heritage Festival and Coachella due to Townsend’s ear issues. One date – a charity performance at London’s Royal Albert Hall – is still scheduled.

"It’s a good test of Pete’s hearing," Roger Daltrey said. "We won’t know until we try."

Townshend is being treated by an audiologist used by fellow aging rocker Neil Young.