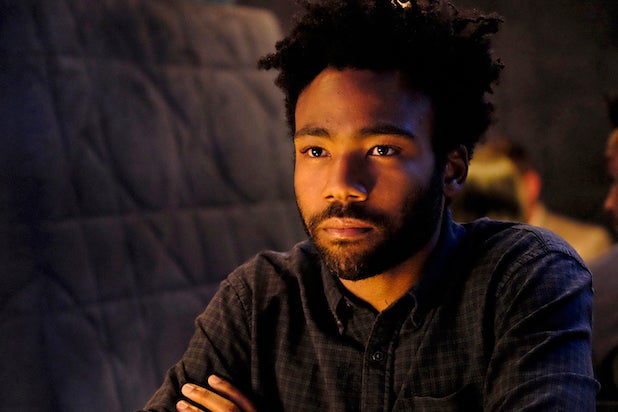 Turns out, the premiere of “Atlanta Robbin’ Season” was actually higher-rated than the “Atlanta” series debut. The sophomore start for Donald Glover’s FX sitcom was actually the top scripted comedy episode on basic cable in more than a year.

Counting three days worth of delayed viewing, the premiere telecast of “Atlanta Robbin’ Season” scored 1.3 million viewers in the advertiser-coveted 18-49 demographic — the most for a show of its kind since “It’s Always Sunny In Philadelphia” on Jan. 18, 2017.

That demo sum means the “Robbin’ Season” premiere landed 7 percent more viewers in the key age-range than the “Atlanta” series debut. The two Episode 1s ended up tied in terms of total viewers.

The “Atlanta Robbin’ Season” premiere was the No. 1 show of the night among adults 18-49.

In “Atlanta Robbin’ Season,” two cousins work through the Atlanta music scene in order to better their lives and the lives of their families. Earn Marks (Donald Glover) is a young manager trying to get his cousin’s career off the ground. Alfred Miles (Brian Tyree Henry) is a new hot rapper trying to understand the line between real life and street life. Darius (Lakeith Lee Stanfield) is Alfred’s right-hand man and visionary. Van (Zazie Beetz) is Earn’s best friend and the mother of Earn’s daughter.