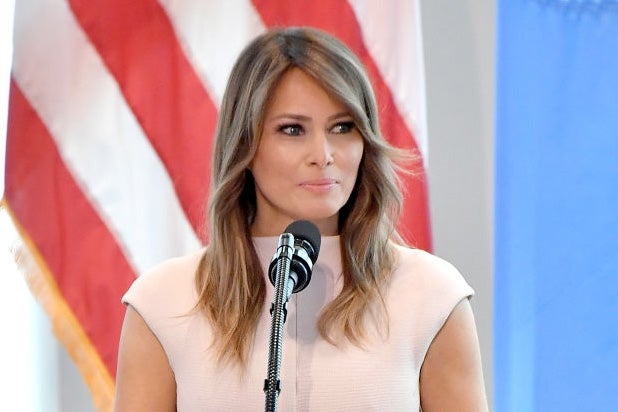 The writer of a retracted Telegraph article is threatening the U.K. newspaper with a defamation lawsuit over an apology it issued to Melania Trump.

In a legal letter posted to her website, Nina Burleigh defended her piece and said the apology from the paper was offered without her knowledge and was defamatory.

“Your Apology traduces Ms Burleigh’s reputation as a competent journalist by asserting that many of the statements in the Article and by extension in the Book from which the Article was derived, both authored by her, are false,” the letter reads.

“In fact, it is [Telegraph Media Group’s] Apology that is false. It appears that fear of Mrs. Trump’s lawyer Mr Harder, the “Gawker slayer,” caused TMG to capitulate abjectly in the face of his letter without regard to normal journalistic principles, at the cost of Ms Burleigh’s personal and professional reputation.”

“The following statements in the Apology are defamatory of Ms Burleigh,” it adds, citing their specific objections.

The letter signed by the international law firm McAllister Olivarius goes on to list a series of compensatory demands from  Burleigh necessary to redress the situation, including the retraction of the apology to Melania Trump, the issuance of a new apology to Burleigh, compensation for “damages,” and the payment of all of Burleigh’s legal costs.

The note was addressed to Telegraph editor Chris Evans and gives the paper until February 1 to answer. Evans did not immediately respond to a request for comment from TheWrap Thursday morning.

The dispute arose after the paper offered a lengthy apology for Burleigh’s article “The Mystery of Melania,” which ran as a Telegraph magazine cover feature in January. The piece was adapted from Burleigh’s book “Golden Handcuffs: The Secret History of Trump’s Women.”

In their public apology, the Telegraph said they had agreed to pay out “substantial damages” to the first lady over various “false statements” within the piece.

“We apologize unreservedly to The First Lady and her family for any embarrassment caused by our publication of these allegations,” the newspaper published Saturday. “As a mark of our regret we have agreed to pay Mrs. Trump substantial damages as well as her legal costs.”

Also Read: Melania Trump Shrugs Off Husband's Alleged Affairs: 'I Have Much More Important Things to Think About' (Video)

It wasn’t the first time the first lady had sent her lawyers after media companies after publishing critical news articles. In 2017, the Daily Mail paid nearly $3 million in a settlement to Trump and apologized over a piece which raised questions about her modeling career in the 1990s, CNN reported.