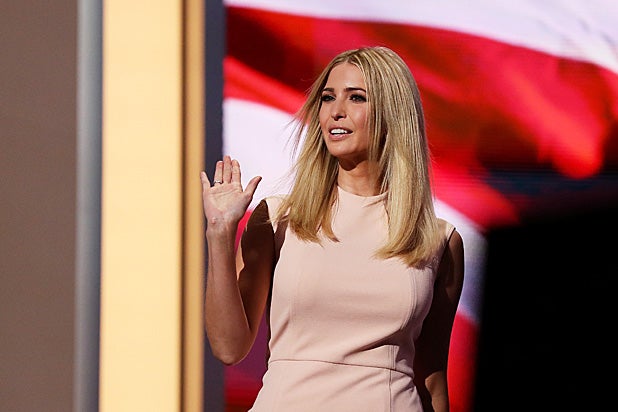 Ivanka Trump would like it to be known: She never said that she’d like to see a mulatto c–k. At least not in the presence of BuzzFeed CEO Jonah Peretti.

The daughter of GOP presidential candidate Donald Trump blasted a tweet from BuzzFeed CEO Jonah Peretti on Wednesday, in which he claimed that the younger Trump had made a lewd statement in his presence.

The story arose from a comment Ivanka made at the Fortune’s Most Powerful Women Summit in Los Angeles on Wednesday, saying that the lewd comments made by her father during a 2005 conversation with then-“Access Hollywood” personality Billy Bush — which were leaked earlier this month — were “jarring” to her.

Shortly after BuzzFeed reported Trump’s comment, Peretti tweeted a link to the story, along with the comment, “Surprised Ivanka would be shocked by lewd language. I met her once & she casually said: ‘I’ve never seen a mulatto c–k, but I’d like to!'”

Surprised Ivanka would be shocked by lewd language. I met her once & she casually said: “I’ve never seen a mulatto cock, but I’d like to!” https://t.co/WrgCoM0MGK

In a statement provided to TheWrap, Ivanka said, “I am not sure if this was meant to be a joke, but in case there is any ambiguity, this is a complete and total lie.”

In a subsequent story on BuzzFeed, Peretti elaborated on his account.

Peretti claimed that Ivanka made the comment at a gathering at Manhattan bar Topical 128 about a decade ago.

“She was saying how she first said she had never seen an uncircumcised cock and then she said, ‘I’ve never seen a mulatto c–k. There’s lots of c–ks I’ve never seen,’ or something like that,” Peretti said.

“Of course, it was memorable just because of the use of the lewd language and racist language. It was also memorable being in the environment of being … in New York, sometimes liberal and progressive people make comments meant as jokes and not necessarily earnest. I didn’t know how to take it,” he added.