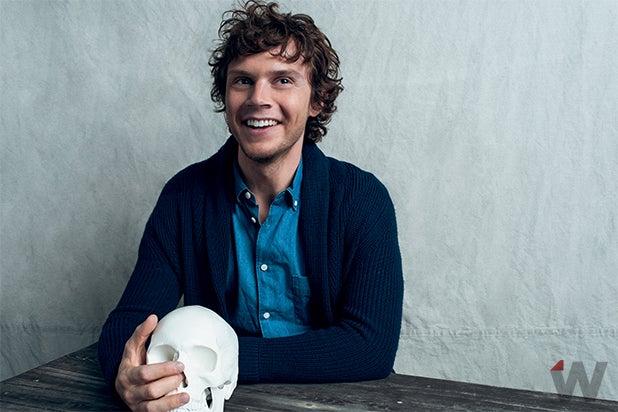 “American Horror Story” star Evan Peters will topline the indie heist movie “American Animals from writer-director Bart Layton (“The Imposter”), TheWrap has learned.
Based on a true story, the movie follows four young men who mistook their lives for a movie and attempted one of the most audacious heists in U.S. history.
Principal photography of the film is slated to begin early 2017 in the U.S.
The film will be co-financed and developed by Film4 and AI Film. Katherine Butler, Dimitri Doganis, Derrin Schlesinger and Mary Jane Skalski are producing.
Executive producers of the project are Aviv Giladi and Len Blavatnik via the AI Film banner; David Kosse; Film4’s Sam Lavender and Daniel Battsek; and Tory Metzger via the Lava Bear Films banner.
Sierra/Affinity is handling international sales of the project starting at this year’s American Film Market.
Layton won critical acclaim for the 2012 film “The Imposter,” a fusion of documentary and drama that premiered at Sundance and went on to win a slew of awards including the BAFTA Best Debut Film, the BIFA Best Documentary and Best Debut film.
“The Imposter,” which was also financed by Film4, became one of the most successful documentaries ever at the U.K. box office.

Peters is acclaimed for his starring role as the character Quicksilver in “X-Men: Apocalypse” and “X-Men: Days of Future Past.” He has also received critical attention for his recurring lead character across all six seasons of FX’s award-winning hit television series “American Horror Story.” He’s repped by CAA.
Layton is represented by UTA and United Agents in the UK.
UTA Independent Film Group is handling the U.S. sale of the film.