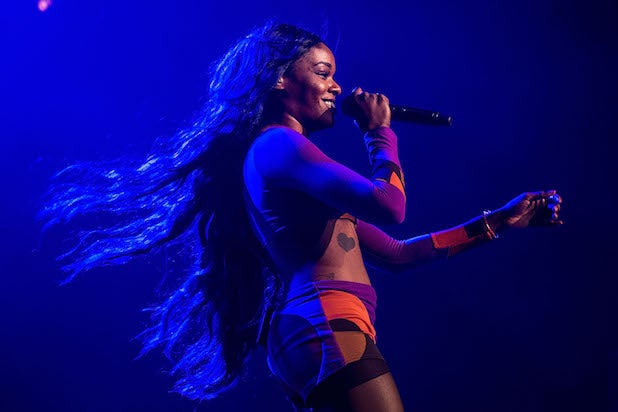 Azealia Banks’ latest run-in with a security guard could be her strangest scandal to date and has landed her in hot legal drama.

A Manhattan judge issued a bench warrant for the 25-year-old singer on Monday after she failed to appear in court for biting the breast of a security guard who threw her out of 1Oak nightclub, the New York Post reported.

While Banks herself wasn’t able to make it to court in person for the misdemeanor assault case, she provided her lawyer with a statement to read to Judge Kathryn Paek at the Manhattan Criminal Court.

Also Read: Soulja Boy Says Chris Brown is a 'Little B---' for Calling Off Fight

The note read: “I can be back tomorrow if the court needs it,” because according to Banks’ lawyer, she was out of the country.

Needless to say, the note excusing her absence didn’t suffice and the judge issued a bench warrant.

Back in 2015, Banks was arrested in New York after biting a female bouncer’s boob and attacking her when she was given a hard time trying to enter a private event at the trendy nightspot in the Meatpacking District.

According to TMZ, the rapper was eventually let in but continued to go off on the bouncer for not knowing who she was and went so far as to spit in the security guard’s face.