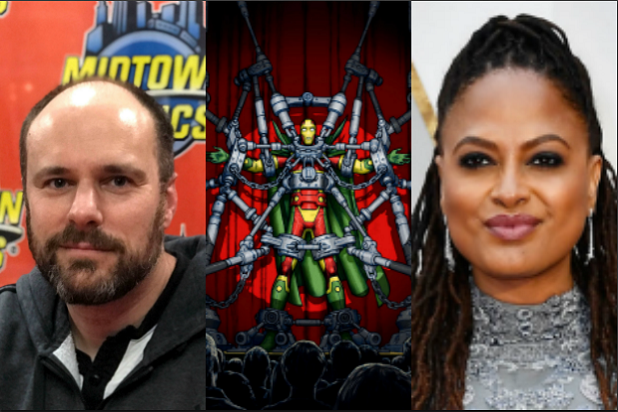 Created by legendary artist Jack Kirby in 1971, “The New Gods” focuses on twin alien planets, the idyllic New Genesis and the hellish Apokolips, ruled by equally powerful but morally opposite leaders. New Genesis is ruled by the benevolent Highfather, and Apokolips by the despot Darkseid. The comics have depicted Darkseid’s efforts to destabilize the fragile peace between the worlds as part of his scheme to eliminate free will from the universe. Darkseid is one of the most dangerous villains in the DC Universe and a constant threat to the Justice League.

King joins the project following his celebrated run writing DC’s “Mister Miracle,” experience sure to come in handy on “The New Gods.” Also created by Kirby, Mister Miracle — AKA Scott Free — is the son of the Highfather but was raised on Apokolips under the terms of a treaty with New Genesis. Subjected to years of torture and abuse by Darkseid’s cruel henchwoman Granny Goodness, Scott eventually rebelled and with the help of Big Barda, an Apokolips soldier working to overthrow Darkseid, he escaped to Earth.

Other characters and concepts that originated from “The New Gods” include the villain Steppenwolf and wormhole-computer hybrid machines called “Motherboxes,” both of which were featured in 2017’s “Justice League.” Whether or not Duvernay’s “The New Gods” will be tied to DC’s shared movie universe is not known.

King won a 2018 Eisner Award for Best Writer for his work on “Mister Miracle” and “Batman.” He announced this month that he will be exiting “Batman” after issue 85, earlier than previously expected. That set off concern among fans who hold his work on the series in high regard. King has used his time on the book to more closely examine Bruce Wayne, and whether he can ever be happy. His most well-known storyline saw Bruce becoming engaged to Selina Kyle, better known as Catwoman. More recently, King’s run has seen Batman trapped in a dream, confronting his greatest fears and heartbreaks.