“Batman v Superman: Dawn of Justice” exploded for a record-breaking $170 million debut this weekend, despite drawing a collective yawn from the critics. And some reviews of the Ben Affleck-Henry Cavill superhero epic were downright nasty.

“The template for how to make a great Batman movie laid out by Christopher Nolan in his ‘Dark Knight’ trilogy –grounded characters, a somber tone, believable emotional stakes– has now been pureed by Man of Steel filmmaker Zack Snyder into this indigestible, posturing, two-and-a-half-hour mope-fest,” said Tim Grierson of New Republic.

None of that stopped moviegoers from turning out in record numbers. So who was right, the critics or the paying public?

“The critics spoke and no one listened,” Paul Dergarabedian, senior analyst at comScore told TheWrap. “The audience is the ultimate decider of these things and the marketplace makes its collective choice. In this case the overriding factor is the emotional need to see the film and decide for yourself.”

“The critics are pros and I respect their opinions, but the fans and moviegoers have opinions too, and they delivered them with their feet,” he told TheWrap. 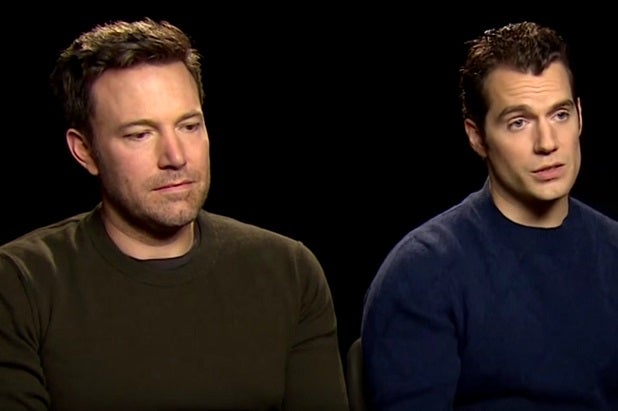 The negative reviews forced stars Affleck and Cavill to address them in an interview with Yahoo UK a day before the opening, and a “Sad Batman” meme highlighting the Batman star’s sad reaction when asked about them went viral. It’s a good bet his disposition and expression have improved since.

The fact is a disconnect between reviews and commercial success is not unusual. Films in the “Twilight,” “Pirates of the Caribbean” and “Transformers” franchises, for example, all brought in more than $1 billion globally despite generally dismal reviews.

The downbeat notices could still take a toll. The business that “Dawn of Justice” does over the next few weeks when it has the field largely to itself will be telling. But there are some positive signs.

“Fandango tells us that the repeat business has already been significant,” said Goldstein, “so we think the word of mouth will be just fine.”

Also Read: 'Batman v Superman' Reviews: Here Are the Critics Who Liked It - and Why

Not every movie is going to delight the pundits. And not every filmmaker and studio set out with that in mind, particularly with major franchise films. Smaller independent movies without the high profile need positive reviews to be noticed however, and openly court them.

The weekend’s other wide opener, Nia Vardalos‘ “My Big Fat Greek Wedding 2,” overcame reviews that were even worse — 26 percent on RT, 38 on Metracritic — to open with $18,.5 million, matching its production budget. Audiences went home happy however, and awarded the film an “A-” CinemaScore.

“This movie was made for the people,” Nick Carpou, head of distribution at Universal Pictures told TheWrap. “Everyone comes from a family, and that lets them relate to these terrific characters created by Nia.”

It’s notable that in bucking the negative notices, “Batman v Superman” reverses a trend in place  so far this year. With the exception of “Ride Along 2,” every film that has been No. 1 so far — “Star Wars: The Force Awakens,” “The Revenant,” “Kung Fu Panda 3,” “Deadpool” and “Zootopia” — has had great reviews and was over 90 percent positive on Rotten Tomatoes.

The bottom line: The critics did their job, telling it as they saw it. The public read them, and the hardcore fans came anyway, and the mainstream came because the reviews, albeit negative, made them curious.

Isn’t that the way it’s supposed to work?