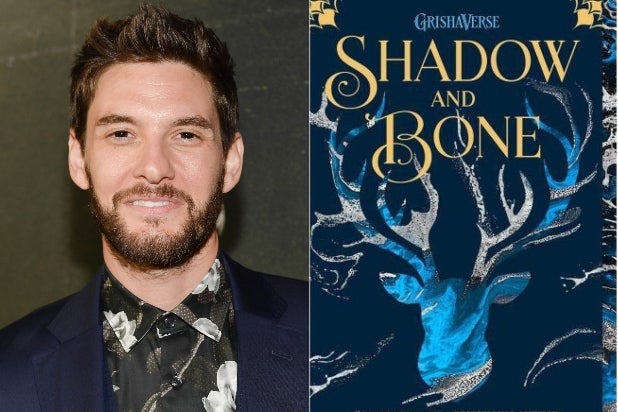 “Westworld” alum Ben Barnes has joined the cast of Netflix’s upcoming “Shadow and Bone” series based on the Grishaverse novels by Leigh Bardugo.

Barnes will play General Kirigan, described as “the Darkling,” commander of the Second Army–the kingdom’s magical military elite, who is determined to see his nation freed from the Shadow Fold no matter the cost.

“Shadow and Bone” is the first in a trilogy of fantasy-adventure novels. Here is Netflix’s official description: “In a world cleaved in two by a massive barrier of perpetual darkness, where unnatural creatures feast on human flesh, a young soldier uncovers a power that might finally unite her country. But as she struggles to hone her power,  dangerous forces plot against her. Thugs, thieves, assassins and saints are at war now, and it will take more than magic to survive.”

The series will be adapted from Bardugo’s books by “Bird Box” and “Arrival” screenwriter Eric Heisserer, who will serve as showrunner, writer and executive producer. Lee Toland Krieger will direct and executive produce along with Bardugo, Pouya Shahbazian of New Leaf Literary & Media, and Shawn Levy, Dan Levine, Dan Cohen and Josh Barry for 21 Laps.

“I was so wary going into this process because these characters have lived in my head for so long. Turns out I had nothing to fear. Watching these actors begin to inhabit these roles has been pure magic,” Bardugo said.

“Leigh and I are so excited to see this cast bring the Grishaverse to life. While some are perfect fits with how we envisioned them, others are surprising discoveries whose performance shattered our expectations,” Heisserer said.

Read the full character descriptions below:

Barnes will play General Kirigan. Known as the Darkling to his enemies. The commander of the Second Army–the kingdom’s magical military elite, who is determined to see his nation freed from the Shadow Fold no matter the cost.

Carter will play Kaz Brekk, a rising star in the criminal underworld with a gift for unlikely schemes and a thirst for vengeance.

Li will play Alina Starkov, an orphan and soldier whose latent power may be the key to setting her troubled country free.

Renaux will play Malyen Oretse, Alina’s childhood friend and a gifted tracker whose world unravels after a brutal ambush in the Shadow Fold.

Suman will play Inej, a key member of Kaz’s gang. Known as the Wraith, she is a dangerous spy with a troubled past and impeccable knife skills.

Young will play Jesper Fahey, a gambler and sharpshooter who can’t walk away from a wager–even one as risky as running with Kaz.

Sujaya Dasgupta will play Zoya Nazyalensky, a valued soldier who can manipulate the weather, as arrogant as she is powerful.

Galligan will play Nina Zenik, a joyful, pleasure-loving Heartrender who can kill without ever laying a finger on you.

Head will play will play Genya Safin, a Grisha who is able to manipulate physical appearance. Genya is an outsider at the royal court, forced to serve Ravka’s queen.

Sears will play Ivan, a dangerous soldier loyal only to General Kirigan.