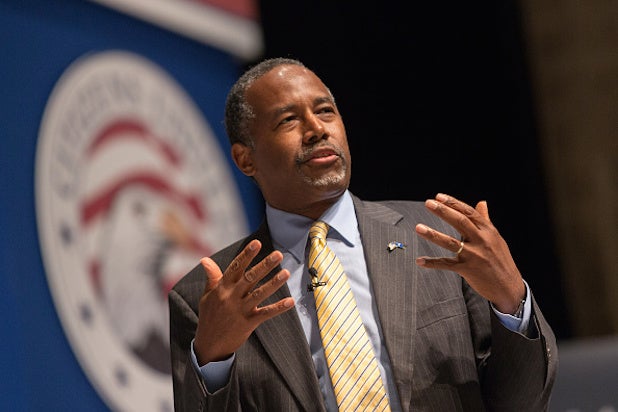 The Times’ Martin Patriquin wrote an op-ed published Oct. 16 about how former Canadian Prime Minister Stephen Harper’s re-election campaign — which did not succeed — had invoked some of the anti-Muslim sentiment Carson has been attacked for in America.

The problem: The piece referred to Carson as the the Republican nominee, instead of a candidate.

“An Op-Ed article on Friday incorrectly described Ben Carson’s status in the Republican contest for president. He is a candidate, not the nominee,” the Times’ Friday corrections said.

The mistake came on the heels of an Oct. 1 piece on Melania Trump, which contained a whopping five corrections. And in March, the paper had to issue a significant correction on a piece about Hillary Clinton’s email scandal, correcting its inaccurate reporting that said the FBI was opening a criminal investigation into the matter.