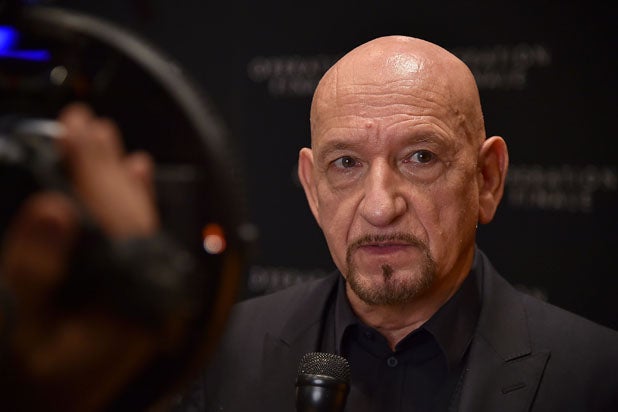 Welcome back to the small screen, Sir Ben Kingsley.

Epix has given the greenlight to “Our Lady, LTD”, a 10-episode modern noir drama from MGM Television starring the Academy Award winner in his biggest TV role to date. The series comes from Amazon’s “Patriot” duo Steve Conrad and Bruce Terris and follows James, a young grifter, as he attempts to prey upon Pastor Byron Brown (Kingsley), who turns out to be far more dangerous than he suspects.

Conrad and Terris will serve as executive producers and co-showrunners, with Conrad directing six episodes. Todd Black, Jason Blumenthal and Steve Tisch will executive produce for Escape Artists. The series will be produced by MGM Television and internationally distributed by MGM.

“Our Lady, LTD,” is the most recent in a string of series orders placed at Epix, with the network recently announcing a pickup of the Forest Whitaker-led “Godfather of Harlem” (from executive producers Chris Brancato and Paul Eckstein, and Whitaker) and “Pennyworth,” an origin story about Batman’s best friend and butler, Alfred Pennyworth, which hails from “Gotham” creator Bruno Heller and Warner Horizon Television and DC Comics. Epix also has an adaptation of Kurt Vonnegut’s “Slaughterhouse-Five” in the works.

Production is slated to begin on the series this fall in Santa Fe, New Mexico, with an expected 2019 debut on Epix.