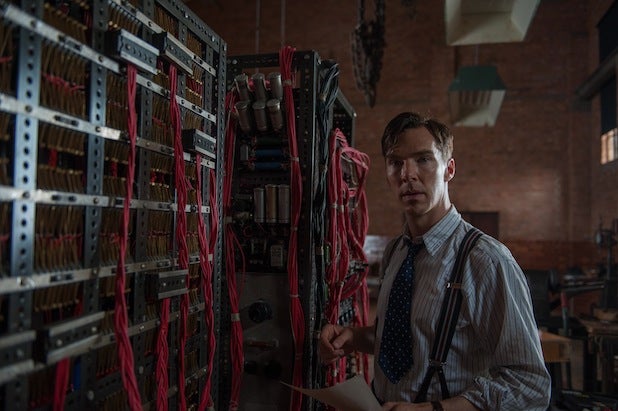 In honor of Alan Turing’s historic Royal Pardon on Tuesday, Black Bear Pictures has released the first official image of Benedict Cumberbatch in “The Imitation Game.”

Showing his personal enthusiasm for the project, producer Teddy Schwarzman sent the still himself as an early Christmas gift rather than a PR firm.

Cumberbatch stars as codebreaker and mathematician Turing, who was prosecuted for being homosexual and eventually committed suicide via cyanide poisoning.

Black Bear Pictures and Bristol Automotive produced the film, which is currently in post-production. StudioCanal is distributing “The Imitation Game” in the U.K., and producers have not yet sought U.S. distribution, though it is expected to be a hot acquisition title given the film’s awards prospects.