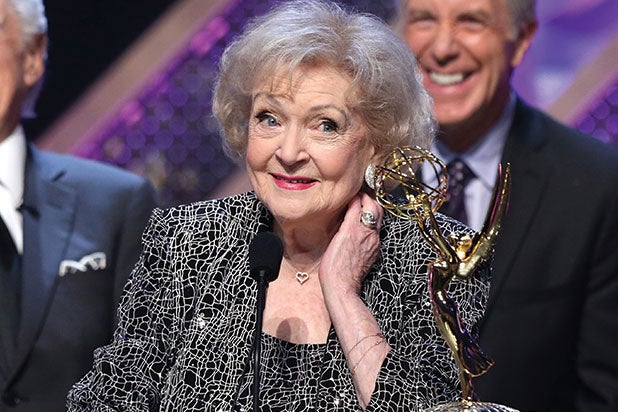 The year 2016 has claimed so many legends that someone has taken it upon themselves to be proactive and protect Betty White for the remaining three days of the year.

A GoFundMe page was created on Tuesday — the day Carrie Fisher died at 60 years of age — to help protect America’s favorite sweetheart from 2016. The creator of the page is a man identified as Demetrios Hrysikos from Spartanburg, South Carolina.

Hrysikos’ description of the fundraiser gets aggressive in spots, but given 2016’s record of brutality, it’s appropriate in this case.

Also Read: Carrie Fisher's 'The Princess Diarist' Is Out of Stock on Amazon

“Help 2016 catch these hands if it goes anywhere near Betty White!” writes the creator. “If she’s okay with it I will fly to where ever Betty White is and keep her safe till Jan 1, 2017.”

Now, the money is unfortunately not going to directly fund Hrysikos’ expenses so that he can rush to shield White from any dangers the year has left for us, but instead it’s going to support an area theater.

“Assuming she doesn’t want a strange Greek standing guard outside her door all monies will be donated to the Spartanburg little theater to help craft new stars of stage and screen to carry mantle of the legends that have left is this year,” Hrysikos ends the description.

*By the end of this writing, the fundraiser had surpassed its goal by $1,710.

You can donate to help keep White safe, or to the Spartanburg Little Theater here.